Howling Wolves has launched their NFT collection by drawing inspiration from Laycaon and its pack of wolves. Laycaon is the leader, and its first disciples include Redwolves, Alphas, and Betas, who are Howling Wolves ruling class.

Howling Wolves offers several distinctive characteristics used to distinguish one wolf from another. Each wolf has a different face, clothing, body type, and eyes, and they are found in distinct environments and homes depending on the ranks and different trinkets and treasures possessed by them.

Users can easily differentiate Howling Wolves ruling class according to their exclusive outfits, gloves made from exotic materials, and vibrant colored hats. They also possess different status symbols such as jewels, famous artworks, and scepters.

The wolves are generally found relaxing in impressive vacation spots, unforgettable landmarks, and famous museums. Many in the wolf pack also wear everyday clothing, including ties and suits or the regular streetwear witnessed in modern city life.

The next phase will include community minting of Howling Wolves NFTs, where the project will be minting non-fungible tokens and offering royalties to all token holders of Howling Wolves. There will be royalties offered to early adopters as well. In the last stage, the release of the NFTs will take place in the secondary market, involving burns and floor price sales.

Howling Wolves NFT is a staking platform that allows its users to list and digitize NFTs for direct sale or auction and daily exchange. The platform benefits both the buyers or collectors, and sellers in the long run. The growth of Howling Wolves depends on several core principles. Howling Wolves has gained tremendous traction in the crypto community because the platform can address some of the most common challenges faced by users in the NFT industry, including trading capabilities and liquidity.

The development team at Howling Wolves includes a well-experienced and efficient team working on making it a great success. Users can get in touch with the team on Discord. 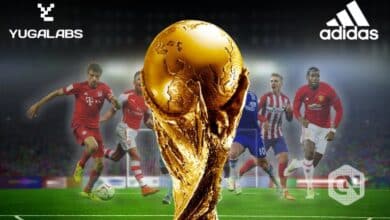