HSBC’s head of Global Trade and Receivable Finance, Béatrice Collot spoke on the strengths of the blockchain at an interview. She discussed fresh technological discoveries such as artificial intelligence (AI), the Internet of Things (IoT) and blockchain. Collot talked about how these technologies can empower the finance space. According to Collot, financial ecosystem and the supply chain ecosystem are two primary ecosystems which can be combined in trade finance. She believes that with the platform which combines these two, the operations will give results at their best capacity.

“Thus, transparency and instantaneity are the true strengths of the blockchain and should generate not only significant time savings and increased security but also significant [financial] savings.”

Collot marked that the potential of the blockchain technology should be utilized to its best at this point. But, as she said, “we are not quite there yet.” She emphasized that the tech “must be widely adopted and interoperable,” to get significant involvement of the technology for trade finance. 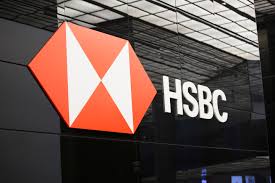 There exist several numbers of blockchain-based firms and institutions, but she enlists some main platforms that include R3’s Corda, Ethereum (ETH), along with IBM-backed Hyperledger. She said, Hopefully, “Maybe in ten years, there will be only one.” Notably, in this talk, she has made comments in reference to the forthcoming IN Banque conference in Paris this week. Here, emphasizing the emerging technology’s transparency, she said that global trade finance has been transformed by blockchain by bringing all stakeholders under one roof. With that, she believes that it has enabled information to be shared in a more transparent way.

The HSBC executive also unveiled the firm’s plan noting that the bank is going to be an active part of blockchain trade finance platforms We.trade, eTradeConnect, and the Corda-powered Voltron trade project. Remarkably, the leading bank HSBC’s blockchain platform named “FX Everywhere” has processed 3 million transactions and 150,000 payments since its launch.

Exploring the Dark Side of the Crypto