On 29 March, XRP future agreements will be launched on the platform. At present Huobi has support for future contracts with Bitcoin (BTC), Litecoin (LTC), Ethereum(ETH) and EOS. Customers may enter into weekly, bi-weekly, and quarterly XRP contracts on 29 March from 10:00 UTC. 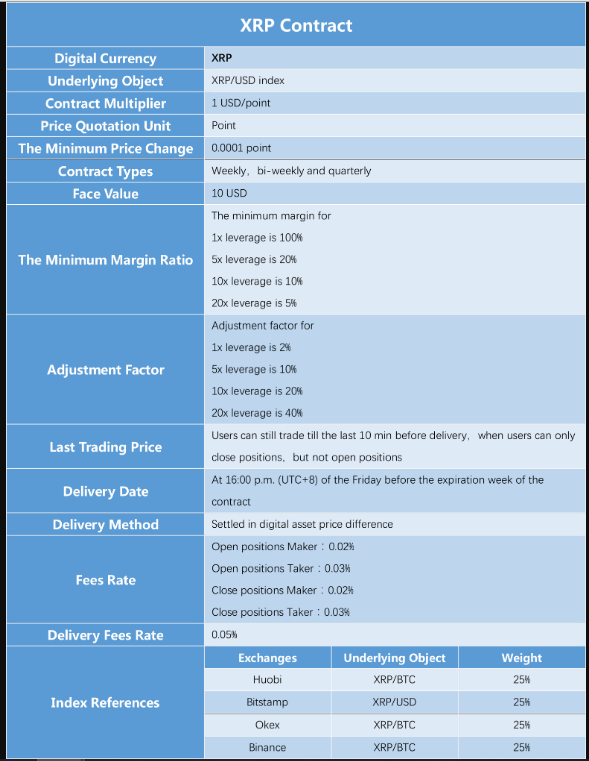 In the cryptocurrency space, future contracts are increasingly a force. BitMEX and Bitfinex already offer future or similar products; Bitcoin (BTC) future was released in December 2017 by Cboe and CME, two of the world’s largest derivative trading platforms.

In November of last year, Huobi unveiled plans to market its derivatives. When the platform was launched in December, both Bitcoin and Ether (ETH) could be purchased by the traders, with EOS agreements added later that month. Investment professionals are available around the world, although they are not available in jurisdictions such as America, China, and Singapore.

XRP is now trading at $ 0.3081 following a 1.84 percent correction on the day. In midweek gains, the asset has combined other major coins such as Bitcoin and Ethereum. With a market cap of $ 12.9 billion, the Ripe 24-hour sales volume amounts to $ 830 million.

Huobi boosts its ecosystem support for XRP. Recently, the company joined Bitcoin, Ethereum, Tether, EOS, and Huobi Token and added the digital asset to its over – the – count (OTC) trading platform for institutional investors.

Huobi joins a few platforms with XRP futures already. Back in September, Crypto Facilities, an exchange regulated by the FCA, unveiled plans for its own XRP derivatives.

Given the market cap of XRP and the high volume of trading, Huobi is expecting a fading success in its future contracts. That depends on what the future holds, so to speak.

XRP Breaches 5-Month Resistance at the Onset of the Month

3 days ago
Recent Post
Back to top button
Close
Close