The blockchain firm HDAC technology having support from Auto giant Hyundai has recently partnered with blockchain startup CasperLabs to build and assimilate POS consensus protocol. The MoU for the same was signed at the end of June this year.

HDAC is the issuer of the DAC token of Hyundai will be switching from POW to POS. At the same time, the firm will device the CBC protocol of CasperLabs.  The partnership will continue for three years, during this time, both the companies will work on various topics, including hackathons that will take place both in South Korea and the US.

After the token gets ready, it will be listed on some of the prominent exchanges, including Kraken, Binance, and Bitrex. The CEO of ADAPtive Holdings, the parent company of CasperLabs Mrinal Manohar has said this kind of implementations comes with some compromise, but HDAC has not made any compromise so far, and that makes it attractive.

HDAC is planning to solve some of the vital problems like supply chain, capacity utilization, and provenance complications. As per the representatives of HDAC, the first test on the blockchain will take place by the conclusion of the present year. The company is working on a new core, and the testnet will be ready within a few months with help from CasperLabs. POW will get replaced very soon that bring the product to a new level as the new blockchain will be built on CBC POS protocol.

Mrinal Manohar further said their motive is to have an efficient system, and POW is not that efficient.

CasperLabs is working with Ethereum researcher Vlad Zamfir for the development of fully decentralized POS protocol. As per the startup, the new protocol will be included in the forthcoming hardfork of Ethereum, Serenity. The hard work will help in the migration of POW to POS mechanism for Ethereum blockchain. 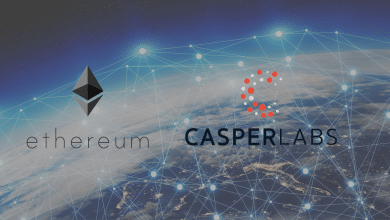