New York-based Ibinex, a White Label Solution, has recently released its comprehensive market research report on the cryptocurrency industry. The report systematically details vital statistics, developments, innovations, and other findings on the ongoing status of the international cryptocurrency market.

Entitled as ‘The Global Cryptocurrency Market Report,’ it critically examines the four major sectors of cryptocurrency– exchanges, mining, wallets, and payments, along with other significant facets such as ICOs, the blockchain, and regulations.

Additionally, the document discusses the composition of cryptocurrency by providing a breakdown of characteristics unique to cryptocurrency— cryptographic nature, irreversible transactions, no authorization to join (unless a country has regulations against cryptocurrency), pseudonymous character, and limited supply.

The report is a global observation on the analytical findings of the trending crypto aspects like crypto trading volumes, usage, cryptocurrency regulation, global knowledge, all of which are classified as per regions (Asia, Europe, Middle East, South, and Latin America, Africa) or countries (U.S., Canada).

Dalia Research’s statistical survey on the global knowledge of cryptocurrency in some of the world’s largest economies, finds special mention in the market research. An extensive graph illustrates people’s differing levels of crypto knowledge, their intent to buy it, and the variances in crypto ownership levels as of March 20, 2018.

The report is replete with graphs and charts to substantiate its finds.

For instance, to highlight on the worldwide legality of cryptocurrency, the report includes the country-wise graphic listing prepared at the G20 2018 Summit Meeting. The graph shows the legal status of crypto in a variety of countries in four categories: neutral, legal, illegal, and restricted. Interestingly, China remains the only country in which cryptocurrency has an illegal status.

On similar lines, is a graphical illustration which explores the worldwide demographics of cryptocurrency usage, specifically Bitcoin, primarily throughout the first 90 days of Q2 2018. The statistics present Bitcoin ownership predominantly as follows:

Ibinex’s market research then delves into the ‘risky’ ICO (Initial Coin Offering) industry and investigates the ever-changing ICO market, ICO regulations, ICO funds raised on a global scale, etc. It also lays out an interesting timeline of the most successful ICOs and their ensuing tokens in each year following the first ICO:

The regulatory environment of cryptocurrency is still undergoing development. Ibinex’s research effectively probes into the pro-crypto jurisdictions throughout the world. It presents a list of the ten most crypto-friendly jurisdictions in the world, i.e., Switzerland, Japan, United Kingdom, Australia, The Netherlands, Denmark, Slovenia, Hong Kong, Estonia, and Singapore.

Ibinex’s ground-breaking global cryptocurrency market report can definitely be considered as the perfect guide for all aspiring crypto enthusiasts! 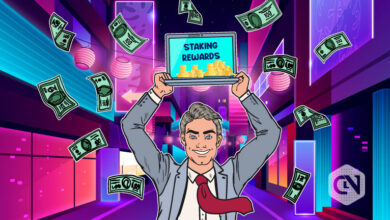 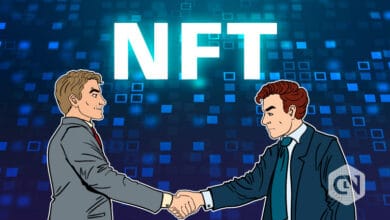