According to the latest reports dated October 17, 2019, tech giant IBM has joined hands with Raw Seafoods, Inc., a seafood company based in Massachusetts, to help enhance the quality and traceability of seafood through the technology of blockchain. The collaboration would connect sourcing partners, restaurateurs, as well as retailers across the globe, as they would start utilizing IBM’s platform IBM Food Trust to attain the purpose.

The companies are beginning the initiative through supply chain digitization of scallops that originate from the Atlantic Sea Scallop Fishery.

Per the official announcement, the New Bedford-based Capt. Danny Eilertsen-owned scallopers’ fleet would start uploading their catch data on the platform, beginning October 17, 2019. It would let retailers and distributors identify where and when a specific scallop lot was harvested. Moreover, the platform would also make it possible to track the landing time of the boat at the portside, when the scallop lots were selected, hand graded, packed, as well as shipped, to their ultimate destination. Such information, including videos and photos, can be uploaded while offshore through satellite.

Once such information is uploaded, all the permissioned parties, such as retailers, distributors, suppliers, and end consumers, can avail the information. The blockchain collected and stored data that is unchangeable and geo-specific can assist the fishing boats in being more strategic while planning the catches to fulfill demand, from the sustainability point of view. It also lets boat owners connect directly to the final contact in the channel of distribution.

With blockchain’s unchangeable records, it becomes possible to trace the roots, instilling confidence in catches’ freshness and quality.

With IBM Food Trust, we found the perfect tool for establishing a direct link between the consumer and the captain of the boat that caught their fish, empowering shoppers and diners to demand more from their food supply chain.

The IBM Food Trust’s General Manager, Rajendra Rao, said that through their platform, they are capable of solving 3 primary things that concern consumers the most when it comes to seafood, namely sustainability, safety, and authenticity. He also brought forward the fact that tracing a food product’s roots in a traditional way could take days, if that’s feasible at all, while this platform does it in seconds.

It is important to note that Raw Seafoods, Inc. complies with the MSC Chain of Custody Standard which promotes sustainable stocks of wild fish.

It was also revealed that Raw Seafoods is planning an app for consumers that would be directly connected to the platform of Food Trust. It will directly provide them with information about the scallop from the retail sales location or the menu through QR code scans. 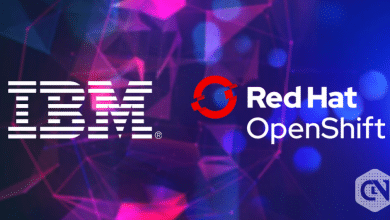