The biggest point of concern for ICO investors these days is the state of regulation in their countries. One of the most important reasons as to why governments around the world impose restrictions on ICOs is because of the several adverse effects of coin offerings that are observed.

Initial Coin Offering (ICOs) are methods for Blockchain-based companies and cryptocurrency start-ups to raise funds in order to aid the development of their projects. One reason behind ICOs popularity is the non-regulation of the market, i.e. ICOs are not regulated by anybody.

There are many grounds on which governments around the world are looking into the regulation of ICOs.

South Korea and China have both imposed restrictions based on the fact that investors can be defrauded by scammers using the coin offerings. ‘Pump and dump schemes’ are on a high-rise in the market with fluctuating prices. According to Financial regulators and governments, ICOs can also be a driving factor for money laundering on a worldwide level.

ICOs become irresponsible about deployment because of their money-mindedness. This in a way, harms the investment and development ecosystem as when projects fail the funds can’t be recouped. Without the regulations, there is always the fear of the fund raised through ICOs- finding its way for terrorist activities.

After going through all the reasons as to why a government can be opposed to ICOs, here are the countries where ICOs are banned: 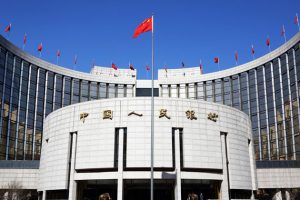 One of the biggest countries to have banned ICOs for all businesses and individuals is China. The order has been passed by the People’s Bank of China for the complete prohibition of all ICO activities in the country. Any altcoins raised through Chinese ICOs with an already completed funding cycle are to be refunded. Any individual or company found to be violating its ruling will be investigated by the People’s Bank of China, with the trading of altcoins also being targeted. Legally individuals are still permitted to hold altcoins.

Following China’s footsteps, ICOs have also been banned in the countries of Nepal and Bangladesh. According to Bangladesh, trading in digital currencies might violate their money laundering prevention Act 2012.

Macedonia has also imposed a strict interdict where ICO activities are concerned. The trading of altcoins or their use as a form of payment in the country might not be restricted to just customary fines and can lead to imprisonment.

Bolivia has also banned ICOs. Currently, altcoins are banned in Ecuador as well. In order to make the nation independent of its reliance on the American Dollar, Ecuador is on the lookout for developing its own national altcoin.

Influenced by India’s stand on the matter, the State Bank of Pakistan has gone ahead to banning altcoins in all institutions and organizations, although it will not be judicially enforced.

Virtual currencies were banned in Algeria on December 28, 2017. According to the Algerian law, “the purchase, sale, use, and holding of any virtual currency are banned.” This virtual currency is defined as any form of transaction that can be characterized by an absence of physical support like payments by cheque or credit card, notes, coins, etc. Any violation of this law is punishable in accordance with the law in force.

In November 2017, the Government of Morocco issued a warning stating that the use of altcoins in trade violates the exchange rules for Office des Changes. It is assumed that the use of such coins would be for unlawful purposes.

While these countries have straight out banned the use of altcoins for all purposes, there are some countries which stand on the hedge about this and have allowed use with the heavy imposition of regulations.

In Jordan, banks and financial institutions are not allowed to use altcoins while individuals or businesses can indulge in use with heavy regulations.

Russia is another country to have allowed some use under heavy regulations with the Kremlin issuing five orders in October 2018.

A guide on Digital Token Offering had been issued by the Monetary Authority of Singapore indicating the treatment of altcoins under the current security laws. 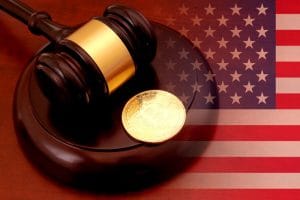 The state of restrictions in The United States is quite complex as the ICO rules differ extremely from state to state, where there are some states with absolutely no regulations to some requiring a license to engage in altcoin activities. The celebrity endorsements of ICOs are regarded as illegal unless all the compensation involved is clarified. Several of the nation’s credit card processors and many leading Banks have a ban on altcoin purchases.

Altcoins are allowed but heavily regulated in France. Luxembourg too supports this strategy and has a New York style BitLicense policy for the altcoin businesses.

While the financial institutions are strictly prohibited from trading or investing in altcoins, the Government of Thailand has not completely banned altcoin trading. Altcoin purchase is allowed via issued credit cards. 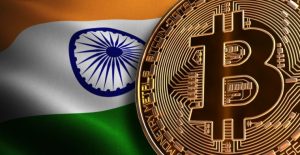 The Reserve bank of India has gone ahead to prohibiting the use of altcoins in their banking system, but individuals and businesses can still pander in the trading. However, it is extremely discouraged by the Indian government.

So in conclusion, the current progressions seem to be moving towards the proper regulation and acceptance of ICOs. With the cryptocurrency carving out its own space in the economic ecosystem, ICOs are here to stay.

Another Blow to Fantomcoin, Freewallet To Delist the Digital Token From its Platform, Cites No Development as the Reason