ICON extends its negative bias in the market since the previous week, and alongside, as we end the first ten days of the ongoing month, the bearish crossover lingers. ICX, after having breached the 22-month resistance at $0.80, has gradually pulled back by over 45%.

And with the downside correction of the entire market, the native coin of one of the top blockchain platforms is seen lacking a tremendous momentum. The recent correction has led to breaching the uptrend that was extended right after the YTD marked around $0.10.

Due to the negative bias, the ICX price trend is near to breaching the lower band with a lack of support from MA50 after having nosedived from the $0.45 price area. However, if the token plummets any further with as per the recent momentum is likely to have a consolidating pattern but otherwise will test MA200 support at $0.33. the RSI of ICX remains confined towards the support and is currently lying at 42.92 with no abrupt change. 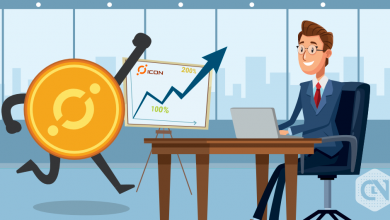