The former PM of New Zealand, John Key is the latest celebrity whose name got involved with crypto scam albeit unknowingly. The image of the ex-prime minister is getting used by the Bitcoin fraudsters to promote the Bitcoin Scam. An organization named Crypto Revolt has designed an advertisement using his image for their promotion, as quoted by Stuff.co.nz.

The alleged advertisement has copied the news published in the business page of Stuff and presented ex-prime minister’s interview as if he is a big fan of Bitcoin. They have used NZ Times instead of stuff logo, and all the links connected to the page are getting opened at Crypto Revolt webpage.

Similar kind of event was reported back in September 2018, where an advertisement claimed TVNZ host Hayley Holt had made investments in cryptocurrency and had earned huge in return. But later Holt cleared the rumors by saying that the advertainment was purely a scam. 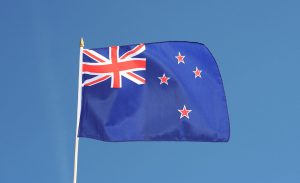 New Zealand has faced repeated crypto scams in 2018. Towards the end of the year, the country was on high alert as a criminal threatened to dispose huge amount of explosive into recipient’s office if his demand for Bitcoin was not meet. CERT of New Zealand was aware of this kind of threatening email and had advised the government not to respond to them or to pay the ransom.

With the rise in the crypto trade, New Zealand had also seen a rise in the crypto scam. In 2017. The country’s policemen and NteSafe had also warned the general public and the traders to do proper analysis and research of the platform and then invest into the currency.

According to a NetSafe spokesperson, they have warned the general public to invest through a registered broker and has advised them to read FMA before investing.