Digital tokens came into being with the sole intention of creating a substitute for traditional assets. However, large scale speculations made digital tokens like Bitcoin a mere asset.

However, in recent times, due to the emergence of low-value cryptocurrencies, the use of digital coins has expanded significantly. Despite the crypto space facing bearish trends throughout last year, the market saw grew by an excellent 122%. Many experts have predicted that cryptocurrencies have a bright future due to mass adoption.

In line with this, major digital coins like Bitcoin and Ethereum are witnessing growth in adoption as businesses across the globe are now accepting digital tokens as a mode of payment. Boosting this further, payment giant VISA Inc. recently announced that it was integrating blockchain with its global operations in a bid to include cryptocurrencies as a payment instrument. 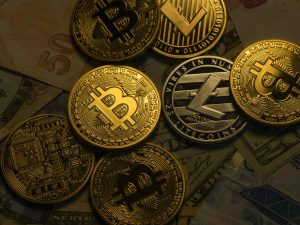 Affirming these developments, Jon Moore, who is famously known as Johnny Litecoin, stated that digital tokens are set to take the payments industry by storm. Moore has been a long time promoter of cryptocurrencies and is Vice President of National Merchants Association. He claimed that crypto adoption will continue to grow as the consumers are getting hurt by the rising surcharges imposed by merchants on credit cards.

In a Twitter post, Moore stated that he had meetings with several companies, persuading them to accept payments via Litecoin and Bitcoin. According to him, credit card surcharges are adversely affecting the payments market. Surcharges are imposed by merchants to compensate for the merchant fees levied by credit card companies, which Moore feels is a blessing in disguise for the crypto space.

Cryptocurrency payments have significantly low transaction fees, which will encourage users to adopt them. Generally, the surcharge on credit cards payments is 4% of the transaction value, whereas only 0.5% – 1% is charged on crypto payments.

Identifying the scope in the payments space, social networking behemoth, Facebook will also be launching its own cryptocurrency, targeted at cross-border payments. Considering the user base of Facebook, which is over a billion users, it can be a humongous success. Earlier this month, American tech giant, IBM also launched its global payments platform, earlier this month, called World Wire. The platform is based on blockchain technology and is in collaboration with Stellar coin.

Development of the crypto space in terms of payments have seen a boost by the emergence of these big corporations. Even JPMorgan launched its own Stablecoin, making it the first bank in the US to have its private cryptocurrency.

Another big factor which shall contribute hugely to crypto payments is the deteriorating political relationship of countries like Venezuela and Russia with the United States. Russian President Vladimir Putin has been a strong advocate of digital currencies. Earlier this year, Putin announced that the country will be launching its own cryptocurrency targeted towards global transactions, in order to reduce the country’s dependence on the US dollar.

Crypto payments are also being explored by recession-hit countries like Venezuela and some other African nations. Experts have time and again stated that cryptocurrencies have the potential to pull countries out of economic crisis, which makes them apt for such nations.

Initially, the crypto industry faced a lot of regulatory issues across the globe, which made several countries ban them completely. Some countries even deprived crypto related businesses of basic banking facilities, which killed them indirectly. However, in recent times, the trend is changing, as governments across the globe are exploring the crypto space.

All of these factors strongly indicate that adoption of digital tokens for global payments is inevitable.