India still has the uncertainty for its digital currency and regulatory framework surrounding the operations. Due to this, there is increasing cases of high-profile fraud including Bitcoin which has come forward.

Recently, the Indian State of Chandigarh police authorities, have arrested Amit Bharadwaj suspecting his character for conducting multicrore Bitcoin scam according to the reports of The Indian Express.

The Chandigarh police report that the situation came to light when three investors lodged official complains against Amit for scamming them of approximately 15 crores. Among the name of suspects accompanying Amit in crime are his brother Vivek Bharadwaj, Hemant Bhope and Pankaj Adhlakha who has also received an arrest warrant from Tihar Jail.

They will be held at the Chandigarh police custody initially for a few days. The partners in crime are currently in for interrogation at India’s cyber crime cell.

But how did the suspects continued such a large scam? It was with the help of reports and details received from an anonymous investor as to how Amit and his partners duped them in the scheme. They would host luxurious parties across the city and would lure the investors from all around the country to their place. 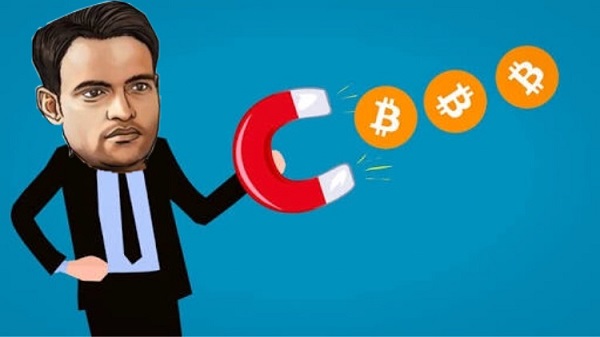 Everything was kept lavish to make it all seem real. Those investors who show their interest would attend a summit in Macau and Dubai and Amit would book yachts for days. All the investors were given the tickets to attend the summit with all expenses taken care of by Amits’ firm. He was in charge of three firms, GB 21, GB Minors and Gain Bitcoin.

The anonymous investor further reveals that it was not only limited to the investors of India, instead of the investors from China, Mauritius, Dubai, and Vietnam was also present among other countries. He says that when the investors started voicing their complaints about not receiving profits on their investments in Bitcoin summits. But even then, Amit and Aditya Bharadwaj, his younger brother assured them to not worry about it, and it would soon return.

The ongoing interrogation of the case recorded statements from the total of 16 investors, as reported by DSP Rashmi Sharma, Cybercrime cell. These investors purchased a total of 180 bitcoins from Amit. But the prices paid by investors vary from one another. As a result, one of them bought one Bitcoin for 40,000 INR whereas other paid a sum of 1 Lac INR for one Bitcoin.

But there was one common string which was a promise to all the investors was the 10% profitable returns on their total investments for an 18 month period. Out of the four indicted, Pankaj Bharadwaj was the one who was responsible for motivating and inspiring all the investors for putting their finance in Bitcoin. For the sake of false assurances, some of the investors also started receiving returns initially.

Reliable sources have suggested that Amit has agreed during the interrogation, of returning two investors with an entire principal sum in INR. However, he missed out the part where he should also return them the current Bitcoin rate – 2 Lac INR approximately.