As per the information, the state government wants to incorporate blockchain technology into vehicle registration, agriculture marketing, document management, and supply chain management.

As quoted by DNA in the report, S.V.R. Srinivas, the head of the department of IT of the State, has said, the government is adopting the leading-edge technology to improve the governance. As per his words, the government has already completed its initial blockchain pilot in the area of SSC certificates, health, supply chain, and documents. Now the government is preparing a detailed report for the wide use of blockchain in various other departments. The regulatory framework is getting prepared, and that will be common for the implementation of blockchain technology. The framework is expected to get completed within the next five to six months.

Mumbai is the capital city of the state and is home for 114 billion people. The state government had already engaged an MoU with the Financial Development Board of Bahrain to develop a framework for the fintech industry jointly.

Although various other Indian states are also working for the implementation of blockchain technology across different business and administrative models, as per the reports, the RBI is also developing a blockchain solution for banking.

Previously it was reported the largest telecom provider of India Reliance Jio Ltd. is also developing the world’s largest network based on blockchain technology. As per Mr. Mukesh Ambani, the Chairperson of the company, blockchain-based system will be installed all over India and from day one tens and thousands of nodes will be operational in the next twelve months. At present Jio has 330 million users.

Litecoin (LTC) Price Analysis: With an Intraday Hike of 4.7%, The Crypto Surpassed The $75 Mark 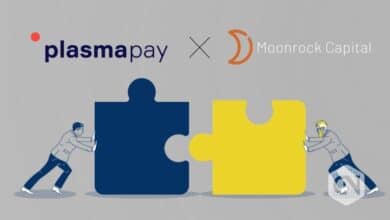