According to Times of India reports, Indian authorities arrested the co-founder of Unocoin, a bitcoin exchange in India who recently launched country’s first bitcoin ATM in Bangalore. The ATM set at the second-largest nation in Kemp Fort Mall, Bangalore, but as complaint says, it seized over reports of non-functionality.

The co-founder of Unocoin, Harish BV, was taken in custody under the suspicion of operating the Bitcoin ATM illegally. As a result, he is held by the Indian police authorities, and the non-operating ATM is seized too.

The company is taking the initial steps for implementing the cash-to-coin operations through the ATMs. They stated on Twitter, “Our Machine didn’t go well with few mainstream media reports that projected it under a negative light. The machine is still under final testing mode, and it will be up and running in the upcoming week.”

However, the incidence can be a result of misinformation which is hinted by another partner of Unocoin. Sathvik Viswanath talked with the media and implied that the allegations of illegal activities through ATM are false. He explains that at the time of Harish’s arrest the ATM was not even working. Instead, the machine was in the “final stages of testing.” 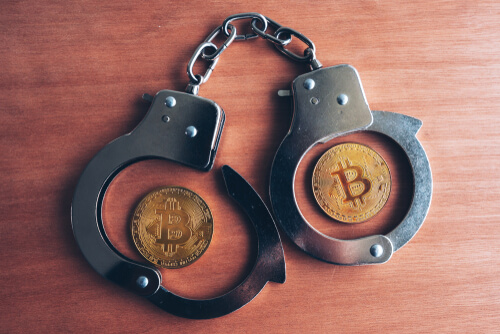 What he further hinted at the mall’s management is the suspect of distributing misinformation. The reason behind this could be the increasing uneasiness of mall with the present of Unocoin bitcoin machine in their center.

The founder says that the reason behind the arrest could be the several videos published on social media platforms in English in Kannada. The video targeted the bitcoin’s non-functionality and the potential reasons behind this. The company is “trying actively” to pull these videos down. It is not much clear about the arrest, or when he will be released and when the ATM will be operational again.

India’s relation with cryptocurrency and bitcoin has been rocky when it comes to acceptance and adoption. It may be because of the lack of regulations like most of the countries which prevents the government to favor the industry, and some are completely against the idea of acceptance of it.

He says, “The minister’s statement was clear: cryptocurrencies are not legal tender in India. He did not say ‘illegal tender.’ There’s a huge difference. It means you bear the risk of your investment and there’s no regulation for the industry.”