The early morning hours of September 30, 2019, shocked the crypto world to the core with the outbreak of the devastating news of a major fire breakout.

A nine-minute long video circulated on Twitter by bitcoin miner, Marshall Long showed the burning down of a large bitcoin farm in China. The sources reveal that the mining farm belonged to the firm Innosilicon and accrued damage of mining rigs accounting for $10 Million. The first video that was shared at 10 AM was followed by another video by founding partner of Primitive Ventures firm, Dovey Wan.

As @OGBTC already broke it, here is the real footage of a local mega farm caught on fire…

Which claimed a lost of $10M worth of mining machines pic.twitter.com/bMihmIwTNO

As per the news, the primary reason for the fire breakout was due to “faulty wiring and bad PSUs.” Dovey Wan estimated that the total loss was nearly around $10 million while some other mining experts opined that the loss of the bitcoin mining network might have acted as an aid to the current recovery of bitcoin price value which has surged by more than $500 in the last 24 hours time span.

With such videos and news doing rounds around the internet, Innosilicon has not made any official announcement about the fire breakout and even resorted to remain unresponsive when some people questioned about the same from the firm on Twitter.

Following the fire videos on the internet, Innosilicon made an announcement that revealed that the firm would be compelled to postpone its Grin G32 mining rig shipments “due to a shortage at the foundry.” The firm also stated that the customers who will cooperate by waiting for the extra time will be given a coupon worth $75. This announcement made crypto enthusiasts question the company if the fire breakout in the mining farm is the reason behind the shipment delay.

Tether Fails to Gain Momentum; May have to Stay Still Some More Days 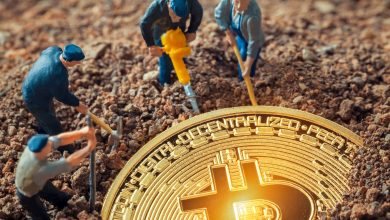