Blockchain-based start-ups have grown in number significantly in the past couple of years. There’s a growing demand in the market for blockchain technology, as researches and studies bring newer use cases to light.

In 2018 alone, venture capitals invested about $5 billion in blockchain-based start-ups, which was a few times more than the preceding year. The rising demand and future prospects even forced big companies like IBM and Microsoft to place their bet on the innovative tech.

Further pushing the boundaries, Bain Capital Ventures and Ripple’s Xpring have jointly invested over $1 million in a project called Robot Ventures. The investment was roped in by Robert Leshner, founder of Compound Finance and a famous personality in the blockchain start-up space.

Investments come in a scout fund, as Leshner’s Robot Ventures will use the invested funds in start-ups engaged in creating blockchain based solutions. These type of funds are different from angel investments, as these have a direct link to institutional money, focused on investing in later rounds. Investments by such firms increase a new entrepreneur’s access to the fund’s funders.

Commenting on the investments, Leshner said,

“In general the check size is $25,000 to $100,000. These are not large investments. I’m one of the few crypto founders investing this early and this formally.”

However, as per the terms of the agreement, Leshner will be communicating with the two investors about his picks. He also said,

“I think the robots will take our banking jobs as well.”

Robot Ventures has already invested in two start-ups after getting the backing from Bain Capital and Xpring. One of these investments was made into home mining start-up Coinmine, and the second was made into a kind of debit card start-up Point.

Leshner claimed that he brings special advantages as a founder for running Robot. Firstly, he claims that he can catch new trends in crypto finance at an early stage, as he knows the market right from the grassroots, and secondly, he believes himself to be uniquely relatable to young entrepreneurs and founders in the blockchain and crypto space. He said,

“We see innovations happening in DeFi very early. What gives me a different approach is that 95 percent of my time is spent building Compound, and I can interact with other founders really as a peer, just one or two years ahead of them.”

“We enjoyed working with him and brainstorming about the sector so much that we set him up on AngelList as a small fund manager and put him in business by becoming the anchor investor in his small fund. We come up with scalable ways of working with them.”

“Robot Ventures is unique, given Robert is a DeFi founder himself. He’s a valuable resource for new founders seeking to make an impact on and improve financial services through crypto. We’re excited to work with Robert and support the next generation of entrepreneurs.” 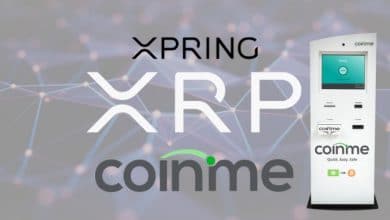