The prolonged bearishness of the market and various risks thriving on crypto space have impacted investor’s approach. Such negative aspects have caused the investor to turn to traditional investments. Since few weeks, Bitcoin’s price has not been increased from $4,000.

Jan Van Eck, the CEO at Van Eck Associates expressed that the investor demand is moving away from Bitcoin to a more traditional commodity like gold. He stated while talking to CNBC, “I do think that Bitcoin pulled a little bit of demand away from gold last year, in 2017. Interestingly, we just polled 4,000 Bitcoin investors and their number one investment for 2019 is actually gold. So gold lost to Bitcoin and now it’s going the other way.”

Looking into the matter, Bitcoin’s price reached $20,000 in December 2017. In the year 2017, the cryptocurrency’s value increased up to 25 times. While gold could touch the surge of 4% at the time. Currently, Bitcoin is facing sharp downfall of 82% whereas gold is up by 2.5%. Due to this scenario, a larger chunk of investor shows an inclination to gold.

In the same interview with CNBC, Tim Seymour, Founder and Chief Investment Officer of Seymour Asset Management warned that the decreased interest in crypto would be hard to regain. He said, “Not only have we lost all liquidity on the underlying [commodity] but truly outside of the existential blockchain argument, it’s been very difficult to argue store of value which is really what we started hearing about. Gold is a store of value and there’s no disputing that.”

Due to the bear market in crypto assets, digital asset exchanges and crypto-focused companies have suffered quite a bit. It has affected to a level that numerous exchanges and big crypto firms have had to downsize their staff. Notable firms like Bitmain, ConsenSys and some more had to cut down their operations. Moreover, significant cryptocurrency mining firms are taking exists from the market considering the downward market and crashing prices. 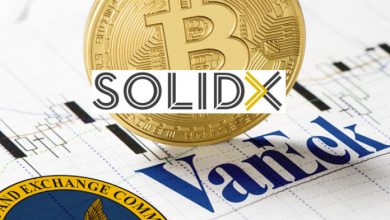 May 21, 2019
Support CryptoNewsZ
Donate with Crypto