IOST is not a new coin, rather a coin with huge potential. Curated and developed by a team of experienced IT professionals and academicians with higher education, IOST has one primary goal: to become the fastest possible cryptocurrency known to humans. It currently offers a speed of 100,000 transactions per second and is dubbed as the ultra-fast blockchain network.

As of now, it is a fully developed decentralized blockchain network with self-developed nodes, wallets, and the revered next-gen consensus protocol. IOST is an open-source cryptocurrency with a unique concept called the proof of believability consensus algorithm to ensure security and efficiency along with higher transaction speeds. 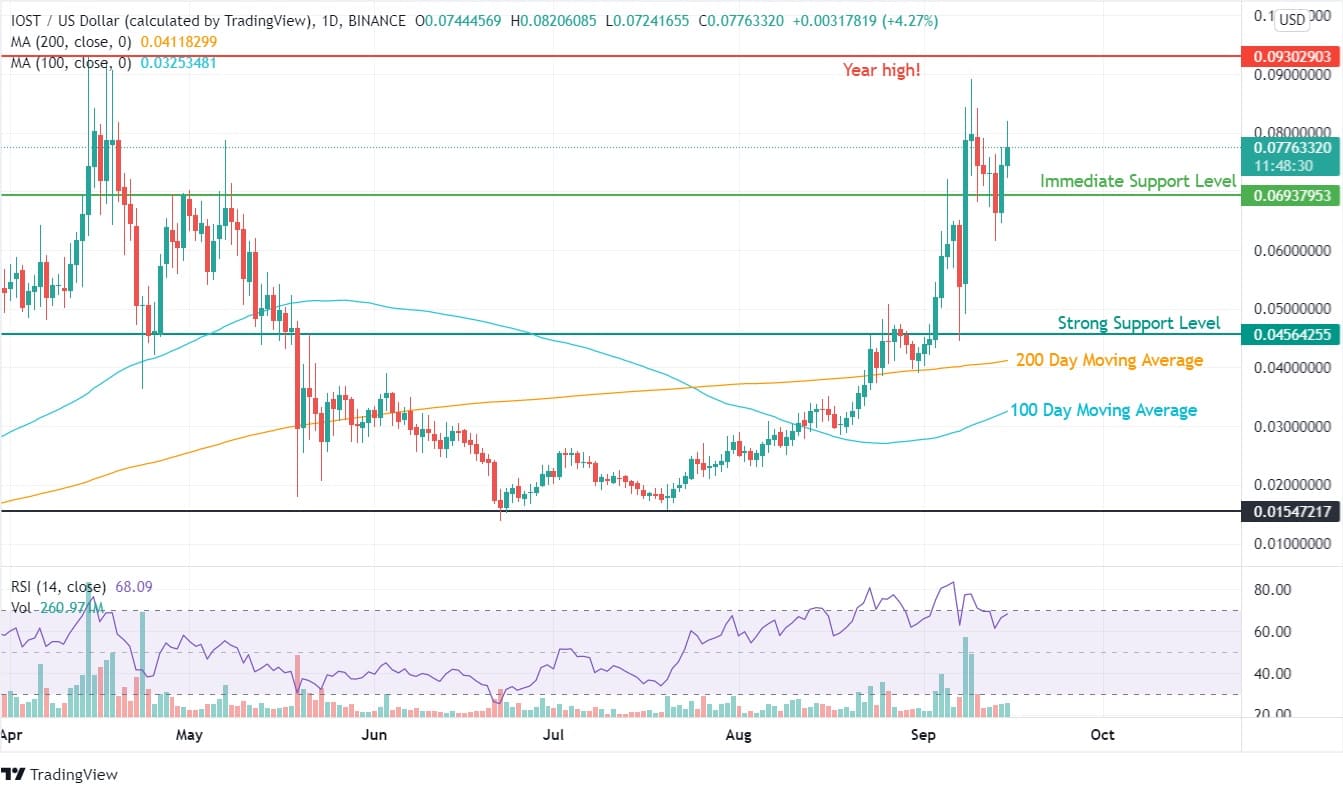 The IOST coin shows strong momentum from its lows of $0.0154 levels on June 22 to the current traded value of $0.0776, making this rally a whopping 450%. The price action of IOST is still far off from its initial release peak in the year 2019. A single 46% jump on September 08, 2021, has completely transformed the volume action seen on this cryptocurrency earlier.

With a substantial rise in volumes, the price has moved sky high and is close towards hitting a near 2021 high. Taking about RSI levels, it has been in bullish territory for the entire last month. On September 07, 2021, even the sell-off couldn’t push the RSI level to neutral levels as prices soon bounced off.

The level of $0.0693 is working as a buying level for IOST, with solid support active at $0.0456. The upside target is still lurking at the $0.09280 levels, and people will be offloading their holdings to book their profits of above 400% to ease the risks. Be very alert about any dip in relative strength index. Even the 200 and the 100-day moving average is active at much lower levels, which indicates the stronger buying action on IOST cryptocurrency. Click here to know more about IOST price prediction from crypto experts.

THE HUSL to Integrate Chainlink VRF