With the primary agenda to build a better infrastructure, the IOST team has been making persistent developments to continue technical innovations and for so, they have come up with frequent version updates and optimizations. The IOST Mainnet Olympus v3.3.3 is now officially launched.

The new version is improved further for a developer’s experience. The team has focused on making improvements to the RPC interface and simultaneously improving the command line tools, along with these there are two other major improvements also that are lined up which are as follows:

What Are These Improvements?

The performance of the mainnet ensures the development of the public blockchain ecosystem. Ever since its launch, the IOST team has been making consistent improvements to the fundamental infrastructure and maintaining a futuristic attitude.

Adding of RPC Showing All RAM used by The Contract

To receive the key-value pairs of all RAM consumed by a specific contract the team has added ListContractStrorage API, this will help the developers to make it convenient for developers to analyze the usage of RAM and debug the contracts.

If the contract call parameters are of a single string type, simplification is allowed.

The team has made an update and developed a new contact version management tool. Whenever the owner of the contract needs to upgrade the contract, the user can make use of this tool to compare the difference between the local and the on-chain contract to ensure the fidelity after making changes.

IOST is working deliberately to come up with innovative ways to optimize the mainnet coupled with powerful fundamental infrastructure support. It aims to provide its users with a prime mainnet user experience and simultaneously, build a developer-friendly public chain platform.

IOST aims to build a developer-friendly public chain platform. IOST further aims to continue to innovate and develop to optimize the mainnet to ensure powerful fundamental infrastructure support and provide the users with a prime mainnet user experience.

Coinbase: “Libra Has the Potential to Introduce the Unique Benefits of Crypto to Millions” 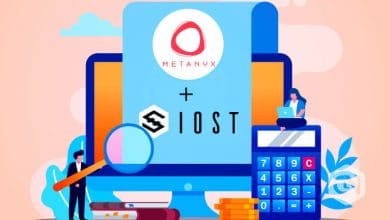 Metanyx to provide Enterprise solutions based on the IOST Core protocol 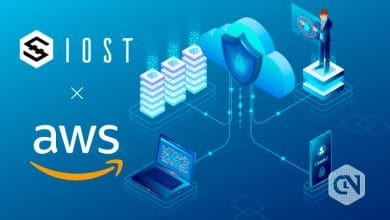