IOTA has been popularly known because of its potential and aspirations to combine the Internet of Things with blockchain networks. Leaving aside the technicalities of this blockchain and its cryptocurrency, let’s dive deeper into the analysis of IOTA’s price action and possible movements.

IOTA has been respecting its technical resistances, support, and trendline. Any price action can be predicted using these technical indicators with a clear indication of each level. 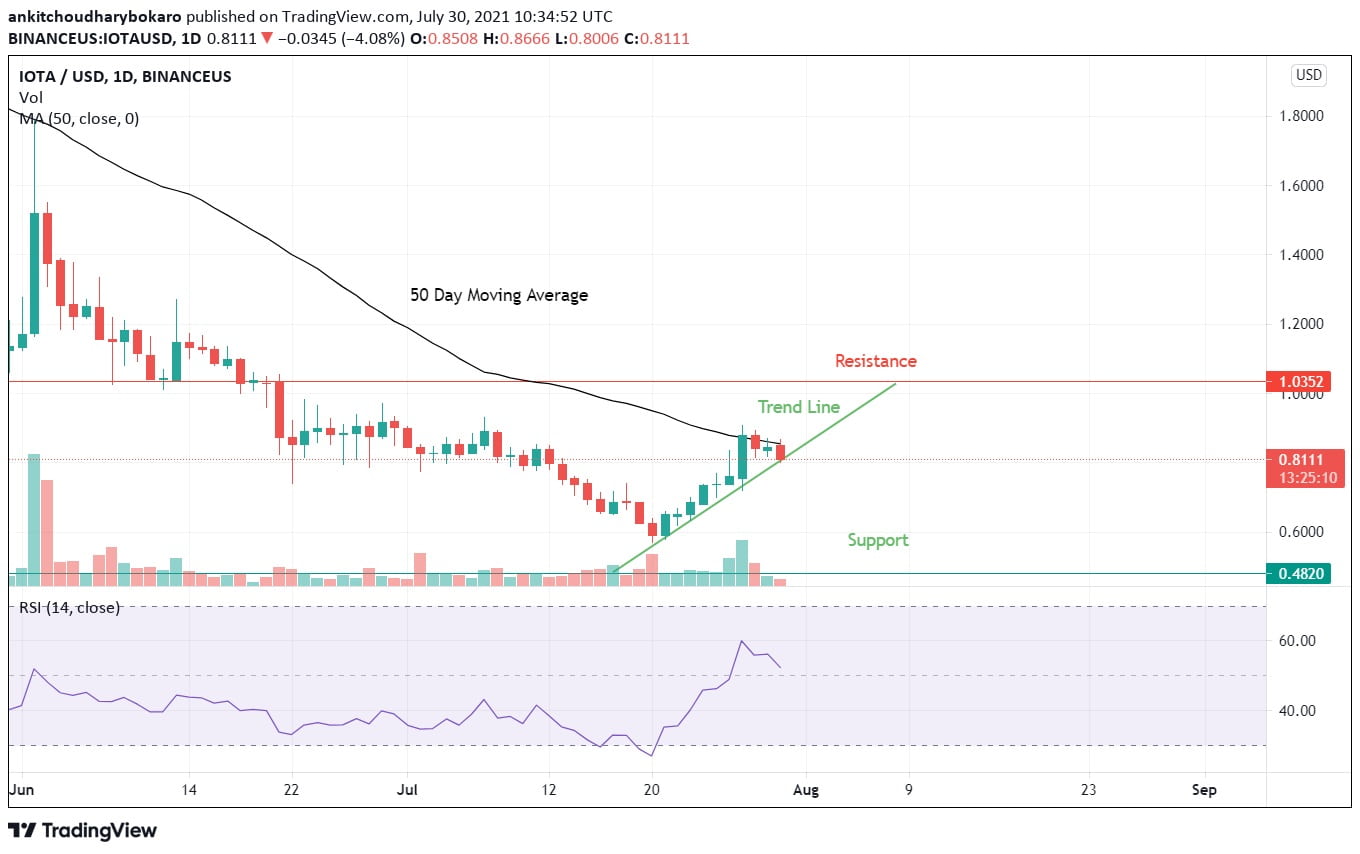 IOTA at current levels has been facing resistance from its 50 Day moving average that comes to around $0.8545 level. On the other hand, IOTA has been respecting its trend line since July 20. We have strong resistance at $1.0352 levels on price momentum, but IOTA will have to close above its 50 days moving average to retest its $1 price range.

We can witness a stiff change in buying action on RSI charts that can be reaffirmed as RSI dipped from 60 to 51 on daily charts. A good buying range comes out around 30 – 40 levels.

On a positive note, this level in RSI is visible for the first time since the bullish price action on April 18. Breaking these resistances would not take much time, but prices will be consolidated for some time before we witness a breakout as per our IOTA price prediction. 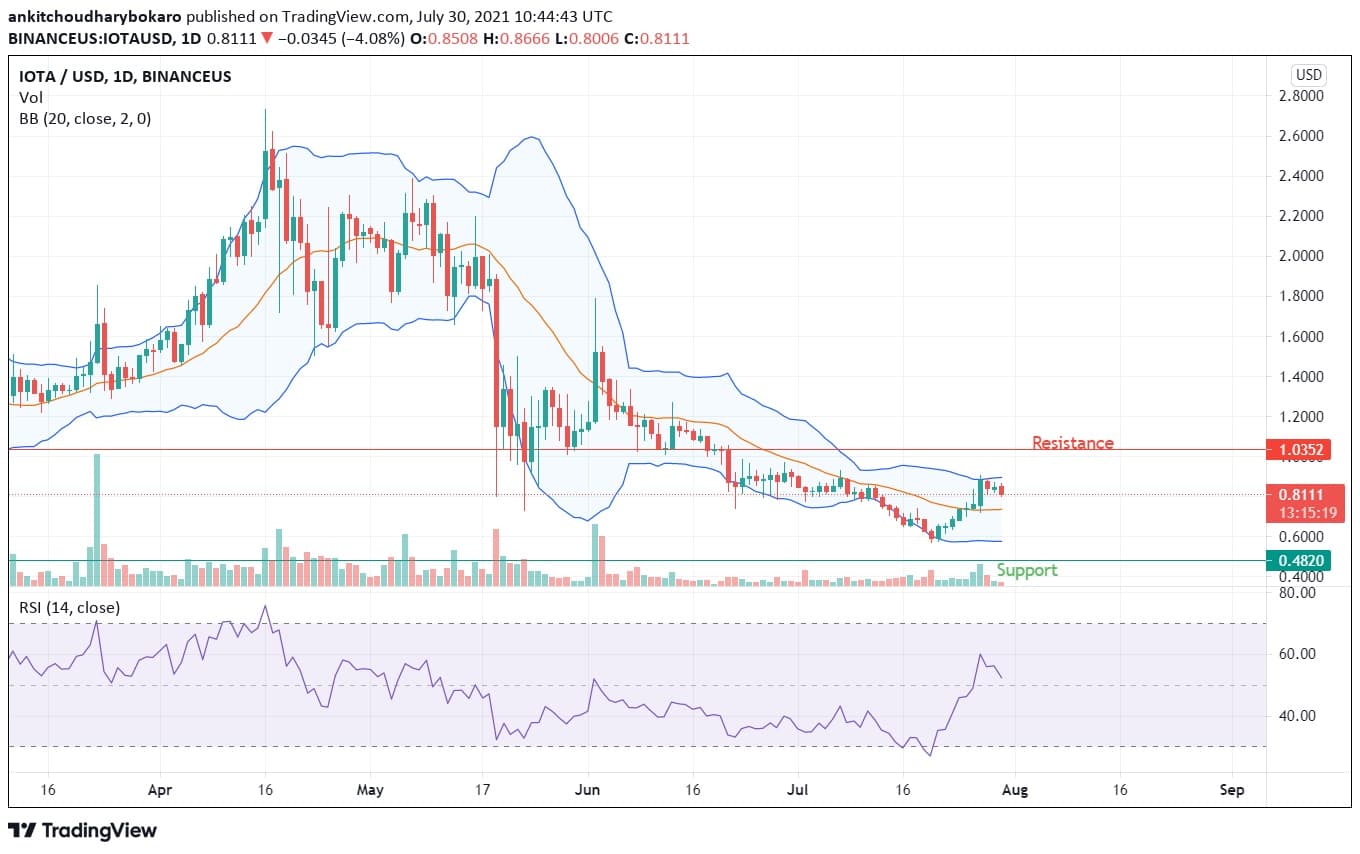 IOTA has a significant rise from its lows on July 20, but the narrowing range of Bollinger Bands limits this price momentum. At the level of $0.8111, IOTA is still quite trending. The broadening of Bollinger bands is indicating a possible breakout towards the $1 in a short while. 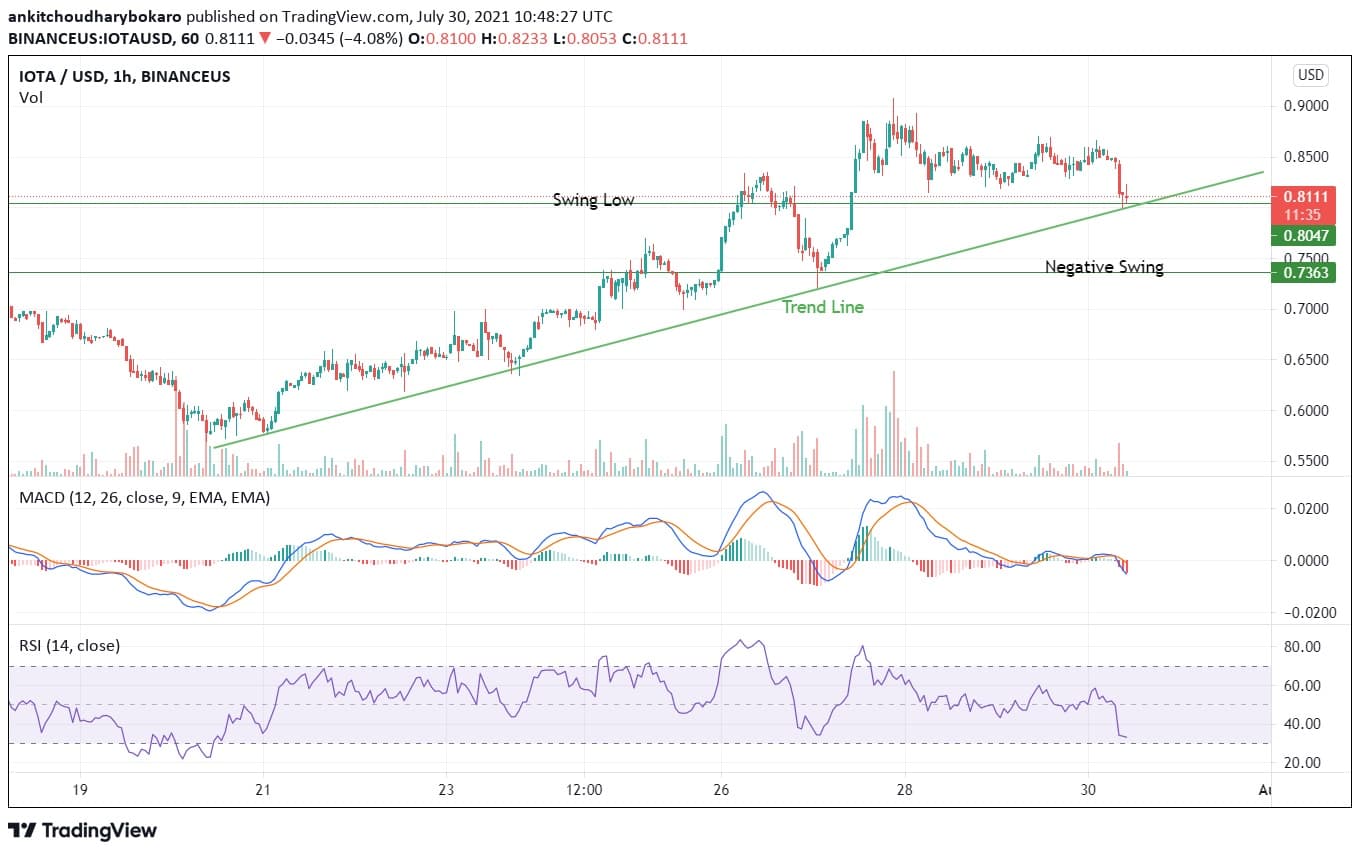 IOTA on hourly charts has turned weak as both important indicators are posing a negative stance. Breaking the low swing level of $0.8111 will add selling pressure on this cryptocurrency, pushing it towards the downward targets of $0.7563. Breaking the $0.7563 level will create a negative stance for its further price action.

RSI is trading in oversold zones on hourly charts and should continue to fall before a positive swing appears on MACD charts. For now, we can witness some sell-off or profit booking in IOTA in the next 48 hours.