IOTA (MIOTA) recently announced ‘Coordicide Solution’ which is a distributed ledger technology aimed at removing the barriers to real-world adoption. Again, IOTA token is now available on Piexgo.com worldwide. Additionally, the altcoin is available Over-The-Counter on Cumberland exchange. Interestingly, the exchange is a DRW company and is one of the world’s leading crypto OTC liquidity providers. From now onwards, retail investors, hedge funds, businesses, and approved investor vehicles can buy and sell IOTA via Cumberland.

Although a slight correction occurred during the mid of last week, the coin fell sharply afterwards. At present, IOTA is having a relatively stable action in the altcoin, though it is slightly bearish. In the last Bull Run, IOTA was not able to break the resistance level of $0.5, which will be the first milestone for the crypto to surpass in the upcoming Bull Run.

In accordance with IOTA future price, amidst the stable or slightly bearish market sentiments, avoiding trading in the short term is the best option for now. However, if you want to invest, go in with long term vision for a year or so, once the market condition exhibits any major growth. 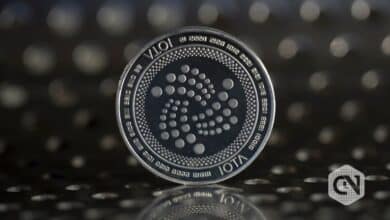