IOTA- Internet of Things Applications is a crypto technology that enables transactions between devices on the internet of things (IoT). Verification of previous transactions lets you perform the current transaction. This type of verification is known as a Directed Acyclic Graph (DAG). Its quantum-proof protocol reportedly brings benefits like ‘zero fees, infinite scalability, fast transactions, and secure data transfer.’ The IOTA Tangle is a Directed Acyclic Graph which grows in conjunction with activity in the network; i.e., the more activity, the faster the network. There is no fees on transactions and no fixed limit on a number of transactions either. 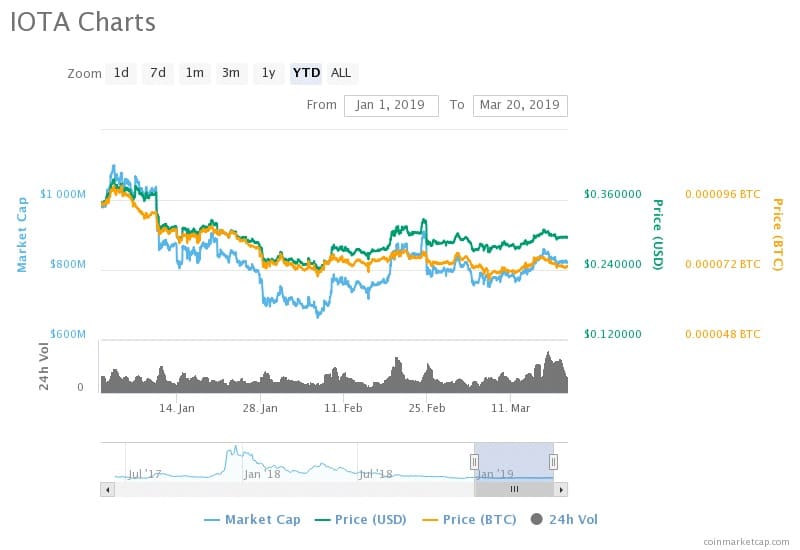 The 20-day EMA also exhibits an uptrend of the digital currency, when the values rose from $789,907,102 on February 28 to the present-day value with a 4.17% increase. The negligible percentage differences for both the averages are not in support of the market’s uptrend, the bearish pressure acts upon, pointing the market balance in favor of the sellers. This means both the long term investment and the short term investments will have to be put on hold. The traders will have to explore the market and observe the trend until there is a stable and significant increase. Investing in this cryptocurrency once there is a stable growth will work advantageously to the investors and the cryptocurrency.