Recently, IOTA has reported its collaboration with Automobile manufacturer Jaguar Land Rover and French energy research and development center, Engie Lab Crigen for a PoC (proof-of-concept) which demonstrates tracing the car energy with DLT (Distributed ledger technology). Their objective is to show people both the source and utilization of a Jaguar I-Pace’s energy through the Trondheim Powerhouse.

Allegedly, the Jaguar I-Pace comprises of an Iota-enabled smart wallet that could be utilized for energy charging, named “Green Charging,” which is likewise tracked by IOTA‘s Distributed Ledger Technology. This would permit owners of I-Pace to charge their cars with a sustainable power source exclusively. Further, Clients can earn IOTA tokens by enabling their car to report information on street conditions, climate, and traffic consequently. IOTA tokens can be utilized for paying services like parking, tolls, and charging.

The Proof-of-Concept has been created in partnership with the ENGIE Lab CRIGEN, the Research and Development center of ENGIE Group, the French energy operator, ENTRA, Norwegian real estate organization, and the IOTA Foundation. Besides, it was exhibited at the opening of ENTRA’s Powerhouse Brattørkaia, another brand new energy-positive structure in Trondheim.

As per the official release, the organizations exhibited how the system empowers ongoing tracking of energy utilization and provenance of Jaguar I-Pace, which has won the title, ‘2019 World Car of the Year’, associated with the building through an electric charger.

This agile initiative demonstrates clearly how cities can transform both infrastructure and transportation into a sustainable and mutually beneficial ecosystem; we are excited to let the public see how energy-positive buildings and vehicles such as the I-Pace in this demonstration can create positive sustainability innovation in line with Jaguar Land Rover’s Destination Zero strategy.

Jaguar I-Pace is supported by a Smart Wallet created by Jaguar Land Rover. Over and above, the wallet utilizes IOTA’s technology and enables the vehicle to autonomously earn cash for reporting information about potholes, climate conditions, and traffic, etc. Owners of the Vehicle can utilize this cash to pay for services like parking, tolls, and charging. It can be reviewed that Jaguar Land Rover associated with the IOTA Foundation this year in April to test software that empowers drivers to earn digital currency for sharing information. 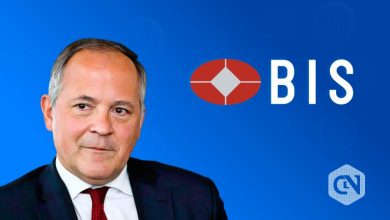