IOTA is one of the few digital assets listed during the cryptocurrency boom of 2017.  It is a much-undervalued altcoin. According to many experts’ MIOTA Price Forecast, it is one of the safe and best investments for the long term. It is because of the following fundamental and technical factors: 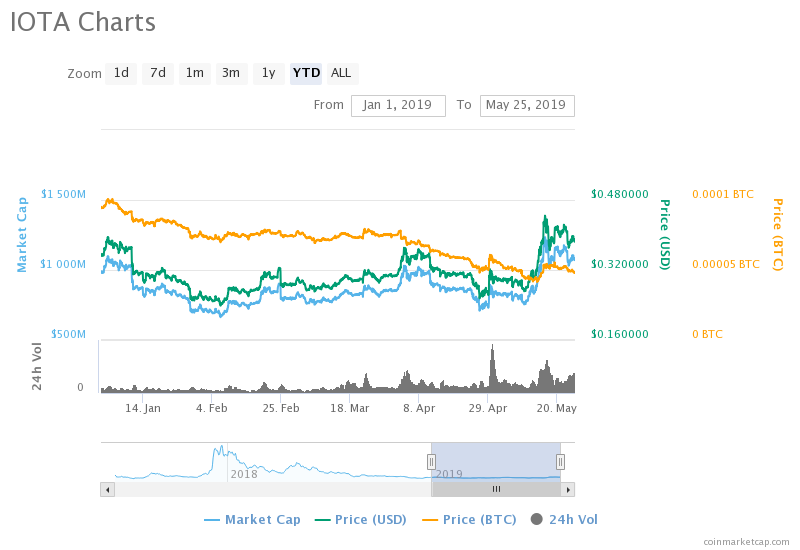 25th May price movements of IOTA:

For the most part of the year, the trading in IOTA was within a price range of 0.23 to 0.33 USD. On April 3 it showed a surge up to 0.36 to fall back to 0.25 USD its three months low on April 26. The resurgence started again on May 10 to reach its three months high of 0.46 USD. Backed by strong fundamentals, it has shown renewed interest from investors and traders, which 1reflects in the steady increase in its volume from April. It is the most positive sign for IOTA.

After the end of the consolidation phase happening now and when it cuts the three month high of 0.46 levels, it is sure to reach 2 USD, which is its year high even by 2019.  It is a 335 % return. Investors can buy this fundamentally strong digital asset in bulk to get fantastic returns in a short time.