IOTA has been popularized among crypto investors because of its unique use cases that incorporate two of the biggest revolutions in the 21st century in terms of technology, One is blockchain and another is the internet of things. Rather than focusing on individuals undertaking transactions in the trading environment, IOTA works with machines.

Let’s move straight to the key features of IOTA as compared to other blockchains. IOTA is highly scalable and future-proof to handle the large volumes of data coming from close to billions of internet of things devices that are active right now. Being a new scalable blockchain, IOTA can handle close to a thousand transactions per second.

Coming to the technical analysis of the price action, IOTA has slowly built strong support which is both psychological and important for the further upside movement. $1 is such a straight and appealing number that investors want IOTA to trade above the level, so much so that volumes in just 17 hours have equaled the entire downside transaction volumes witnessed on 26th August 2021.

In terms of moving average, IOTA has two support from 100 and 50 days moving average indicating a positive turnaround in the last 50-100 days. At the same time, the 200 Days moving average will be a strong resistance choking any upside momentum and is currently calculated to be at a $1.31 level. 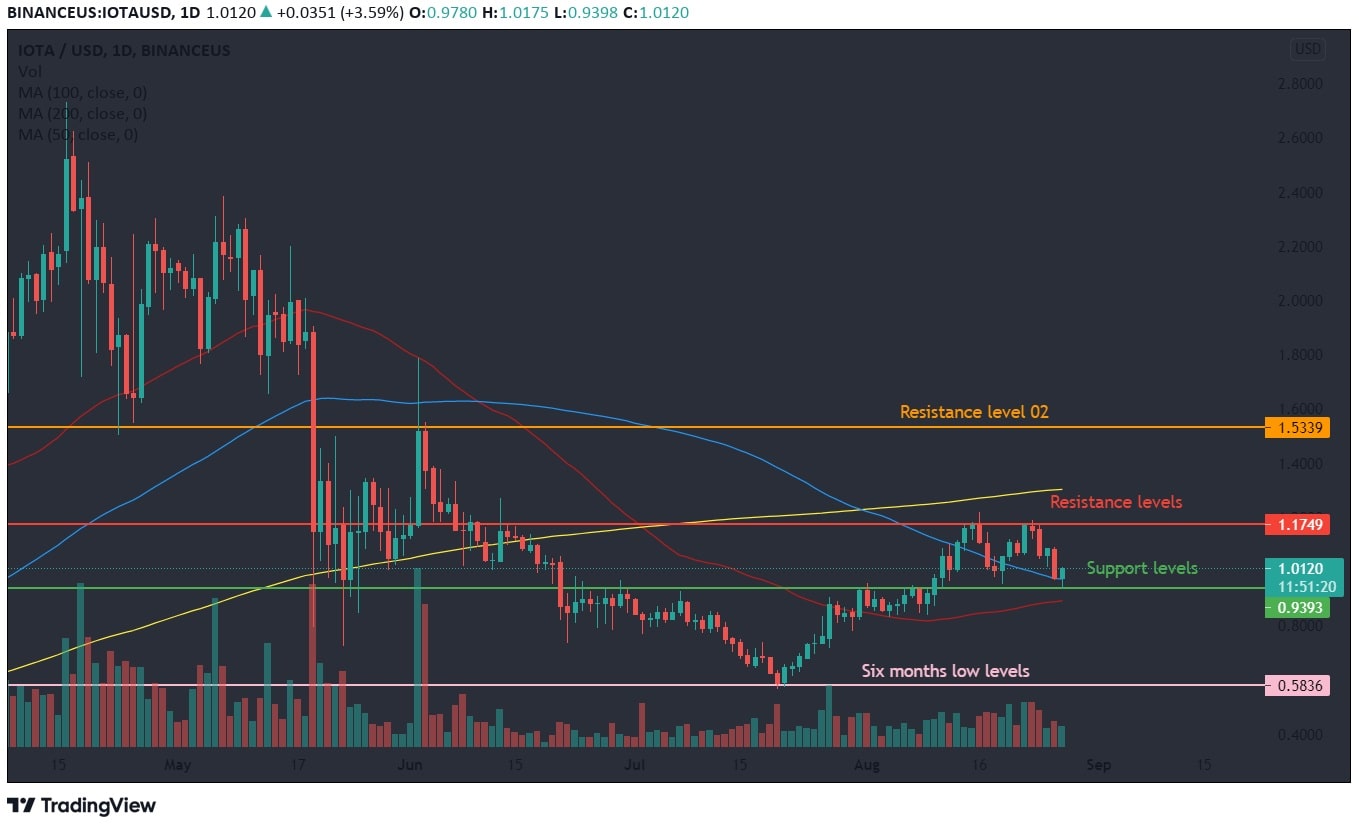 IOTA price action has been in a small consolidation zone, which has become a new trading style for investors to buy at support and book at immediate resistance levels. Now the thing is, IOTA has been in a consolidation zone of 20 – 30%, there is a strong possibility of an upside movement if the consolidation is prolonged. But if it manages to break down before breaking the resistance level on the upside, we can witness another round of selling capped around $0.90 as per our IOTA forecast.

But the same levels have become a buying zone at multiple time frames, and the same can be repeated. One should expect IOTA to retest the $2 levels within the next few months, given the increasing development in AI and IoT technology that will be aiding in the overall expansion of the IOTA cryptocurrency. On the upside, another resistance will be $1.17, with a support at $0.56. The possibility of IOTA breaking out is much higher on monthly and weekly time frames. 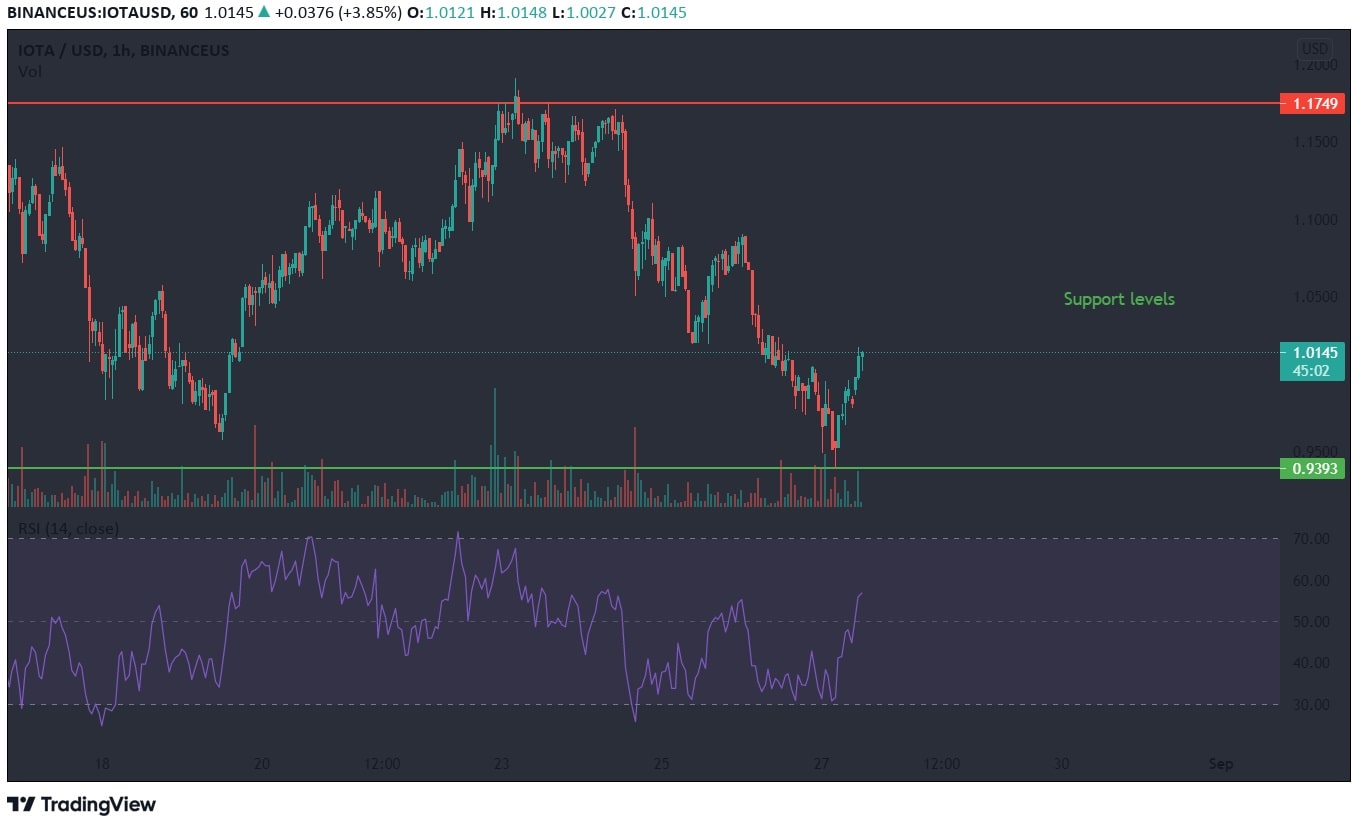 IOTA cryptocurrency has taken support from close to the $1 region twice within the last ten days indicating buyers being active at $1 levels. Hence, one should expect an upside movement in a longer time frame, as people will be booking profits much sooner after the lessons taught by the profit booking of May 2021.

Everyone is aware of the crypto holding pattern, and the larger holding pattern creates a sense of fear that holders may book profits at the arrival of bad news. RSI bouncing back towards overbought zones adds to the buying sentiment being revived at $1.

Aave UI: a New Administration of Cross-chain and Open-Sourcing