Two experts, based in Washington, believe that the reason behind increasing use of cryptocurrency in North Korea is to evade the U.S. Sanctions by doing so. The two experts are Lourdes Miranda, financial crime investigator, and Ross Delston, expert witness specializing in combating financial terrorism and anti-money laundering.

They say that Pyongyang is finding a developmental inspiration by creating their very own cryptocurrency and it is possible that they are already using the most popular cryptocurrencies such as bitcoin for their transaction purposes. There is an ever growing community of investors and crypto enthusiasts who are expecting to involve in the crypto trade and get beneficial gains in return.

But with the booming industry, comes the enhanced threats of inherent risks that accompany cryptocurrency. As a result of this, the international terrorists are relying on cryptocurrency investments and cryptojacking means for serving their criminal financing deals, and North Korea is experiencing the similar dilemma.

The expert duo says that “cryptocurrencies comes with an advantage of DPRK and can, therefore, dodge the U.S. sanctions.” They can do so by carrying out their work with not one but several mixing and shifting service providers to mirror the system of money laundering. By doing so, it creates a cycle which prevents them from corresponding to the financial institutions that have ties with the United States.

North Korea reportedly makes around $15-$200 million with the activities of crypto mining and crypto selling. The country has not only made sure to receive all the benefits that come from cryptocurrency mining, but they have made it easier to obtain revenue from mining bitcoin as well as Monero to make the most of it. It will be very soon that the students see a course of cryptocurrency class starting in North Korea in November 2019, according to Priscilla Moriuchi, the former NSA cybersecurity official. 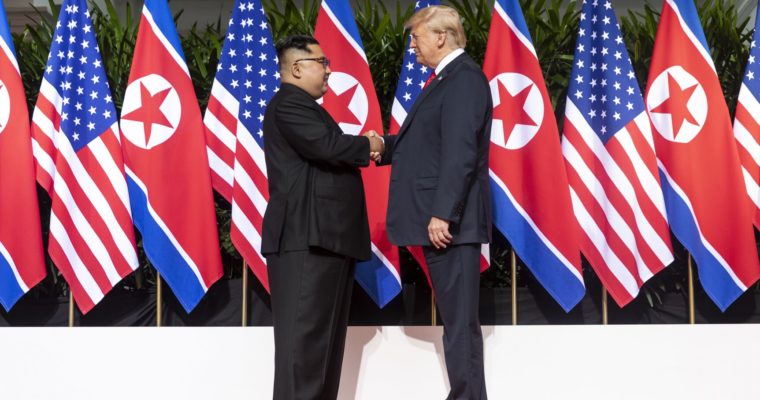 According to the reports received from Asia Times, the exert duo says that North Korea can now easily mine and trade popular cryptocurrencies like bitcoin or can create their digital currency. The reason behind the development of their own cryptocurrency will ensure their ability to open accounts online in disguise from a non-adversarial nation and use anonymous communication to hide the user’s usage and location from the internet.

Not only cryptocurrency, but the expert researchers say that there are fair chances of the country creating their blockchain which can help them to alter the public transactions record and show it to be a result from legitimate sources. And, as a result, North Korea can also be creating its cryptocurrency wallet services for that matter.

According to the reports from CCN, not only North Korea, but several rivals of U.S., such as Iran, Russia, and Venezuela have now turned to cryptocurrencies to put off the “economic pressure” that comes from the United States. It might be the driving force that led to North Korea choosing to build their digital economy when it comes to facing the U.S. sanctions.

Even though the experts are not sure about the current operations of North Korea, they interpreted that the country is looking for exchanging crypto with fiat currencies and create an alliance of the country’s cryptocurrency firms with European exchanges, which will, therefore, help them to avoid possible sanctions from the United States government.