Crypto trading on WhatsApp and other instant messengers are fast gaining traction in the market. This is because the laymen find it easier to chat with a bot, rather than engaging in complex sessions on online crypto platforms. However, though WhatsApp trading brings simplicity, it also raises a lot of questions, which could be quite daunting to answer.

Here are three main questions on Crypto trading on WhatsApp, which might trouble most people.

A few months ago, Facebook’s founder, Mark Zuckerberg, found himself amid one of the greatest controversies of modern times, the Cambridge Analytica debacle. Concerns were raised all over the world, with the US Congress drilling Zuckerberg for giving no privacy to the users. This triggered a worldwide debate on Facebook’s legitimacy on user privacy.

WhatsApp is now owned by Facebook, which is enough to raise eyebrows now and then.

Smartphones are more vulnerable to hacks than any other devices. Trading cryptocurrencies via a smartphone through WhatsApp is not the best of things to do. Earlier this year, just after the launch of Samsung’s Galaxy S10, a hacker posted a video showing how he hacked the so-called highly secured device in just thirteen minutes.

Also, WhatsApp itself isn’t as secure as it doesn’t use any sophisticated security features like Two-factor Authentication, which come standard with crypto wallets. At best, it uses fingerprints or Face Unlock to block unwanted access, but both of these are highly insecure in crypto terms.

Normally, every crypto trading platform digs deep in terms of scrutiny and keeps a close watch to eliminate any misuse of funds for anti-social activities like terrorism or money laundering. The amount of information required to trade on crypto exchanges and wallets is too much to give out for such people.

WhatsApp trading is quite apt for such people. Just enter your name, set a password, and get going. Sure, the risk of being caught remains, but at a reduced level. A research paper published by the European Central Bank recently stated that though cryptocurrencies are not a threat to financial stability, they can be used for money laundering and terror funding.

This, coupled with the minimal info system on WhatsApp and other instant messengers, is quite risky. For instance, users of the privacy-focused instant messenger Telegram have been accused of piracy of movies and television series shows, by accepting crypto tokens from buyers.

These are just a few threats which WhatsApp or any instant messengers seriously need to work on. However, many such threats, both technical and social, are present to be tackled. So it is safe to say that though WhatsApp crypto trading sounds easy, cool and fun, this might not be the moment. 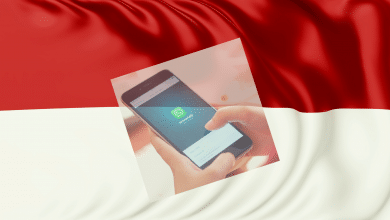 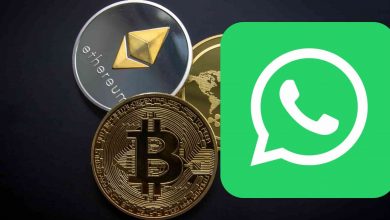 Zulu Republic’s WhatsApp Move Via Lite.IM Could Change The Crypto Game For The Masses