Istanbul, Turkey’s cultural, economic and historical hub, has climbed up in the GFCI, short for Global Financial Centers Index, and secured 53rd rank. The city has gone 6 places up in the recent ranking from its earlier 59th position which was recorded back in March this year. It is the 26th edition of the GFCI (GFCI 26), released on September 19, 2019.

What’s interesting is that the most populous city of Turkey, Istanbul, has become the region’s second-best performer as well, underlines the statement. Istanbul has recorded an increase of 21 points in the rating. Citing the results of the GFCI, the Turkish Presidency Finance Office stated that Istanbul’s ranking would improve further once the IFC (Istanbul Finance Center) project is completed by 2022.

It is important to note that Z/Yen Partners, based in London, publishes this index in partnership with the China Development Institute. The index offers evaluations of rankings and future competitiveness for 104 key financial centers from across the world. Updated twice in a year, first in March and then in September, the GFCI garners significant consideration from the financial community around the globe. Moreover, it serves as a vital reference for making both investments and policy decisions.

Coming back to this year’s September rankings, the index has noted that 31 out of all the 104 financial centers have fallen in terms of ratings, including the top 5. The top two spots have been retained by New York and London, respectively. However, London has fallen in its ratings by 14 points. New York, on the other hand, has succeeded in establishing a lead of 17 points over London. In the March 2019 index, there was a difference of only 7 points between these top two cities.

The third position is taken by Hong Kong, which is behind London by merely 2 points. Singapore has retained its 4th spot in the index, 9 points behind Hong Kong. However, it has also recorded a drop of 10 points in the ratings.

Shanghai, Tokyo, and Beijing have taken the next three positions (5,6, and 7). While Beijing has recorded a rise of 10 points in the ratings, Shanghai’s ratings fell by 9 points.

Eighth, Ninth, and Tenth positions have been taken up by Dubai, Shenzhen, and Sydney, respectively. It is vital to consider that the entry of Shenzhen, Sydney, and Dubai in the list of top 10 marked the exit of Zurich, Toronto, and Frankfurt.

Apart from that, the survey observed that factors such as geopolitical unrest, Brexit, and trade wars are making considerable changes to medium-term estimations.

Other than Istanbul, Paris also demonstrated great performance with a rise of 29 points in ratings. It has secured 17th rank in the current index. Chicago, which is ranked 16th, can also be considered another good performer as it saw 15-point rise in the ratings.

Astana, Kazakhstan’s capital city, maintained its top position in the index in the region of Eastern Europe & Central Asia with a 17-point rise. It has secured 51st rank in the GFCI.

Anthony Pompliano Suggests USD Must Be Devalued for Markets to Rise 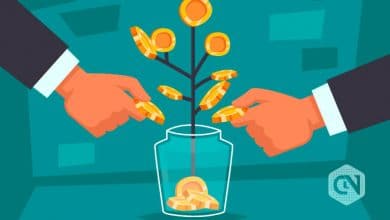 Are You Spending More Than What You Earn? Here’s How You Can Change That