Out of twenty three entities which sent out applications to be registered as a cryptocurrency exchange, the Japanese Financial Services Agency (FSA), approved the applications for two of them this week. The approved new exchanges are Rakuten Wallet Co. Ltd. and the other is Decurret Co. Ltd.

FSA claimed that more than 140 companies are eager to enter the crypto market as virtual currency operators in Japan. The numbers include the companies which have attended preliminary consultation or have made inquiries regarding the registration.

From the 23 entities from which FSA has actually received a questionnaire, seven were shortlisted and are under the main evaluation process. Only two have been registered as of yet. With these additions, Japan has now a total of nineteen approved crypto exchanges.

Rakuten Inc. had applied for registration with the FSA since September 2017 but had not been approved until now. The company announced its intention to end “Everybody’s Bitcoins Inc.” and launch their own “Rakuten Wallet” at the end of the March. The announcement was made just after Rakuten completed their filings as a virtual currency exchange company (VCEX.) Users would be able to open new accounts for a new service from April.

“Rakuten Wallet will contribute to the sound growth of the market as a virtual currency exchange company and will further enhance security and provide enhanced services so that more customers can use it safely and with confidence,” said the company spokesperson.

The second entity approved by the Japanese regulators is the Tokyo-based exchange DeCurret which was founded in January 2018. As per the website the company aims to become the leading digital money bank, which is the standard for digital currency transactions with security and convenience. Decurret will extend support for BCH, BTC, ETH, LTC, and XRP as per FSA website.

How the Cryptocurrency and the Cannabis Industry can work together 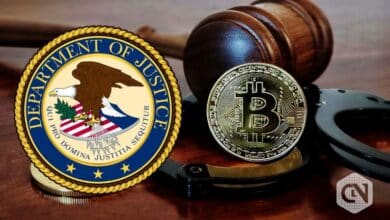