Cybersecurity has been a recurring issue for the most government over the past decade or so and the worries went up several notches when the United States accused Chinese telecom giant of being a vehicle for spying for Beijing. The company was eventually banned and blacklisted, but many other nations have now started to take note of the developments. It has now emerged that Japan, one of the world’s biggest economies and a major player in the tech industry, is going to put in measures that will restrict foreign ownership in the telecom and information technology sector.

The measure will go into effect from the 1st of August this year, and according to many, it is a direct consequence of the US urging nations to be careful about China’s presence in any nation’s tech sector. That being said, the Japanese government was careful enough to not mention any country specifically with regards to this initiative. However, it is important to note that the measures were unveiled on the same day on which Japanese Prime Minister Shinzo Abe had a high-level trade-related meeting with United States President Donald Trump. The US had earlier urged key allies not to allow Chinese tech giant Huawei to operate in their countries and according to many, the move by Japan could well be a strategy to curb Chinese influence in the tech sector.

In its statement, the concerned ministry in Japan stated,

Based on increasing importance of ensuring cybersecurity in recent years, we decided to take necessary steps, including the addition of integrated circuit manufacturing, from the standpoint of preventing as appropriate a situation that will severely affect Japan’s national security.

The statement went on to add that the country is also looking to significantly restrict foreign ownership in technology that could be important for the nation’s security. As many as 20 different sectors will come under the ambit of the new provisions, and many foreign companies will not find it hard to invest in the most lucrative industry from August. All investors would need to report to the concerned Japanese ministry if they pick up a stake of 10% more in any company. The company will then be inspected, and the final decision will rest with the authorities. 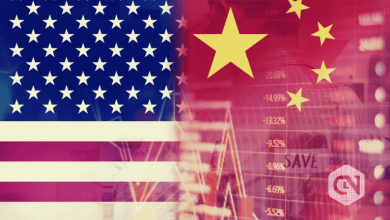