With two major milestones in 2019 – Poloniex and DLive – Justin Sun’s TRON has become the second-largest DApp ecosystem and boasts of almost 1 million active users in 2019.

According to a report published by Dapp.com earlier this week, Justin Sun’s TRON had close to a million active DApp users (out of a total of 1.02 million users) in 2019 and 482 active DApps, officially making it the second-largest DApp ecosystem after Ethereum.

In comparison, Ethereum reported 1.43 million active users (out of a total of 2.33 million users) and 1,129 active DApps. 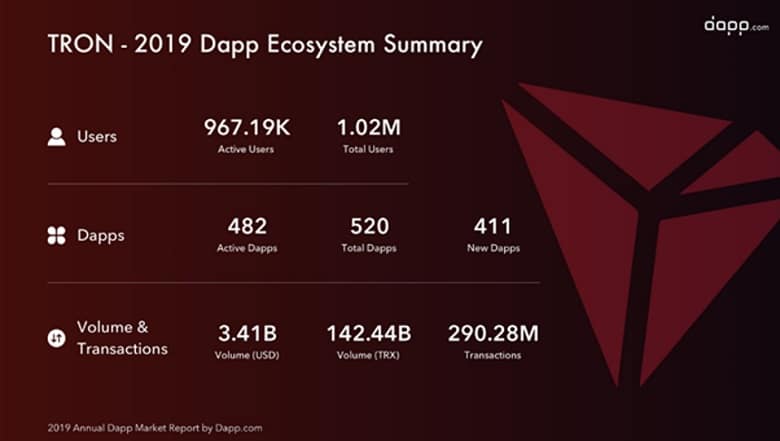 The report went on to label TRON as one of nine top Blockchains to watch out for in 2020.

This significant increase in the number of active users can be attributed to two of TRON’s key ventures last year. Sun’s investment in Poloniex, a US-based crypto asset exchange platform, as well as his acquisition of DLive, the world’s largest decentralized blockchain-based live content streaming platform, under BitTorrent, have boosted TRON’s DApp market.

Notably, TRON’s market continues to depend heavily on the gambling industry. Much like at the beginning of 2019, over three-fourth of active users in the TRON ecosystem used gambling or other high-risk DApps.

However, the report concluded that with TRON’s new acquisitions in 2019, we could see a more diverse user base in the upcoming year.

How Aeternity Can Solve the Challenges in the Blockchain Technology

Verge Comes Under the Bearish Radar as it Corrects Downwards