The annual end-of-January meeting- the World Economic Forum (WEF) was held in Davos, Switzerland, from 21st Jan to 24th Jan. The meeting’s topic of discussion was-

‘From pit to bit. Gold is old – bit is hip! What will be the future guarantor of financial stability?’

Key persons from all walks of life from all over the world were invited to present their views on the subject. These people belonged to all types of backgrounds, which included politic, academics, religious leaders, NGOs, companies, and so on.

Who was invited by Cardano Foundation to speak?

The event was sponsored by Cardano Foundation, who brought together five noteworthy speakers to speak about the changing capital market environment:

The trust in the financial system was questioned:

The discussion presented many interesting points about the changing capital market environment. At one point, mentions about the past challenges and failures were made. This included recessions, failure of laws, and other similar challenges. So, the trust came under question. Matthew, as a lawyer, presented his views on contracts, the rule of law, and legislation across jurisdictions to support safety and transparency in managing assets. He pointed out that “there are people in the process, not the laws.” Yes, there are incentives made by law, such as punishments and fines, but they aren’t 100 percent effective, Mathew added.

Nathan Kaiser explained how trust could be re-established:

Connecting the dots, Kaiser backed Mathew’s explanation (which was based in the legal point of view, that professes to eliminate or minimize the involvement of people in the legal-affairs), he added that exactly here, cryptocurrency can fetch and re-install the trust and play its role in the bigger picture of strengthening the law. He added:

“Gone the banks, gone the bankers – we are building the financial system for the next 100 years.”

The way Kaiser looks at the role of cryptocurrency is very interesting. He defines crypto-assets as adding “layers to what gold or the ‘old world’ is doing,” as per reports. He explained that if we consider gold and other assets as layer one in the value storage category, then there is a whole lot of scope of going further and deeper. With development, he said, we may not even require the initial layers eventually. He then emphasized the need for improvement in managing and operating payment systems and value storage systems.

DLT is interesting, but is it fully reliable? Questions Stephan:

Stephan, whose expertise is in AI finance, definitely finds distributed ledger technology as a very interesting tool that can offer useful apps. But he still raised skepticism on crypto’s ability to fully replace fiat. His skepticism was based on the fact that it is politically unreliable, and it may get “regulated away.” As per him:

The effectiveness of commercial banks through the eyes of Ugo:

He emphasized that commercial banks offer “utility and a payment system” as well as information on customer’s behavior, which guides the system to improve and stay stable and effective. For this reason, he feels that the commercial banks will last.

Gold is gold. Time has tested it, and so time will prove- Sean’s view-point:

Sean backed his view with how gold has withstood the test of time and proven its worth over the past centuries. He credits the ‘simplicity’ of gold to be the reason behind its effectiveness. In answering Nathan, he said every layer brings new complexity with it, which may attract new doubts from the customers. He further added that the most complex aspect is the mining and extraction of gold. There are no chances that the supply in the industry will overflow the market, even if the price shoots up.

Kaiser questioned financial stability while looking at the unbanked population:

Talking about financial stability through the traditional centralized and commercial banks, they still have not managed to cover billions of people who don’t have an account. The system, its rules, the laws around it- all are applicable to the banked accounts. Kaiser raised this question about the financial stability of the unbanked population.

Kaiser: Financial technologies and cryptocurrencies can contribute to financial stability:

Stephan backed Kaiser’s views and explained how the distributed ledger technology could fill the trust-loops where the traditional institutions are not able to pull the load. As per reports, Stephan talked about an “African nation which uses DLT for property registry and because it is non-personalized and independent, trust can be provided. It can also help for international money intermittence for areas where these institutions don’t work. Indeed, there will be a major impact for those in these areas.”

Not yet! The discussion soon was followed by an Oxford-style debate with these speakers. The topic was-

“Who thinks that gold is old and belongs in the dustbin as a historical provider of financial stability?”

The discussion involved votes from the attendees after them closely listening to each speaker’s point of view. The details of this discussion can be seen in the official video by WEF. The changing capital market environment is indeed a very interesting and relevant topic. The insights on the topic are very much compelling to challenge both the embracing of the new technology related to finance and DLT as well as sticking to the traditional financial system and assets.

Bitcoin Breaks the Bull Session as it Tests Support at $8,200 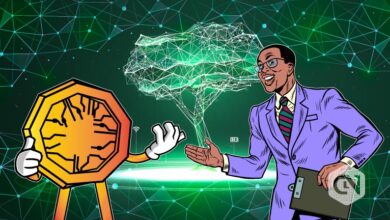 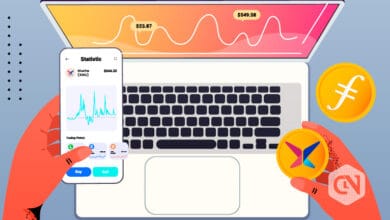 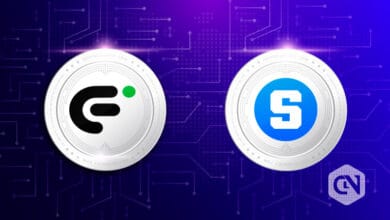 CashFi (CFI) & The Sandbox (SAND): Are These Altcoins High-Risk Purchases?