The Indian startup space has grown at a breakneck pace over the past decade or so, and a handful of companies have come up that have grown into high growth unicorns. Those firms are involved in a range of businesses, and there is a hope that more startups will eventually join that coveted club. One startup that could be on its way to entering that exclusive club is eyewear startup Lenskart, which has grown rapidly for the past few years. The company operates both online and offline, which has seen it grow rapidly during the last couple of years. Hence, it is not a surprise that investors are now queuing up to invest in the company as the Indian startup ecosystem gathers pace. In a new development, it has emerged that Kedaara Capital is currently locked in discussions over a secondary deal to acquire more shares in Lenskart.

According to sources which are close to the developments, the investment from Kedaara Capital will give Lenskart the coveted $1 billion valuation, provided the deal does go through. It is believed that Chiratae Ventures and PremjiInvest are going to cash out some portion of their holding in the company so that the deal could be completed.  Kedaara Capital is an India based private equity player and is primarily focussed on the consumer internet space. At this point, there is a lot of interest in consumer internet from investors, and perhaps the private equity company has sensed a golden opportunity in Lenskart. On the other hand, the investment will be a major boost for Lenskart, which had been valued between $460 million and $470 million previously.

However, this round of investment will give the company the $1 billion valuation that is craved by most startups. It is interesting to note that in addition to this deal from Kedaara Capital, Lenskart is also holding talks with SoftBank Vision Fund. According to reports, the financing round could be for as much as $300 million to $350 million. However, the company would be hoping to close this deal with Kedaara Capital that could prove to be a major boost for its investors. A source close to the developments stated that the investment could fetch Lenskart around $100 million in fresh investment. The source stated,

The secondary deal, which is expected to be in the range of at least $100 million, has more than doubled Lenskart’s valuation compared to its previous round. 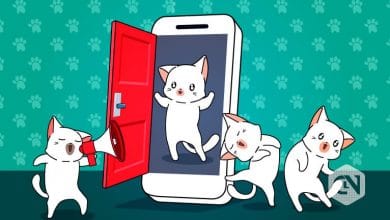