Kenzo Ventures has announced a strategic partnership with a play-to-earn game, Crypto Pirates. Both the partners will be responsible for creating exciting gameplay while offering players an opportunity to earn tokens.

Crypto Pirates shared its intention of creating not just a project for NFT holders but a game that everyone can play, including those who rarely spend money from their pocket. Much reliance would be on the gameplay and earning mechanism to enable players to engage with the content and fill up their wallets whenever they play a game.

Features that are sure to get a lot of crowd to the dashboard are:-

PVE includes players fighting monsters in the gaming universe and collecting resources crucial for virtual survival. Resources that they collect come in handy while facing a stronger opponent.

Players venture into the unknown and face bosses who are the main source of tokens in the game. They can be defeated individually or by teaming up with other players.

Co-Op takes players on a sailing trip to offer them a choice of earning as many tokens as possible. The distance traveled is important for them to earn higher tokens; however, danger clouds up based on how far players sail from the starting point.

Besides facing the enemies, players can also choose to face other players either by challenging them for a duel or letting the system randomly choose a competitor. Trophies are awarded to the player who defeats their opponent.

Piastres are awarded to players who successfully collect trophies.

Crypto Pirates is a play-to-earn game where pirates venture out on a sailing adventure to encounter monsters, players, and bosses in the expanses of endless space. The gameplay is pretty interesting, allowing players to choose the kind of competition they want to face in the game.

A random selection of a player is always an option in case players are done with the computerized enemy.

The three important entities of the gameplay are piastres, resources, and trophies. All the entities are crucial for players looking to earn from the game and form a livable part of the gameplay.

Kenzo Ventures is a crypto investor in Asia focusing on projects in their early stage with a lot of potential to generate returns for the investors. Services offered by Kenzo Ventures include Marketing, Influencer, and Development, among many others.

Marketing is necessary to take any project to the next stage. Kenzo Ventures extends a supporting hand to early-stage projects to market its products and services to the world.

It leverages the vast network of influencers to provide a more cost-effective solution to projects so that they can spread the word about their brand. As for development, Kenzo Ventures has several partners to deliver web, UI, graphics, and more solutions. 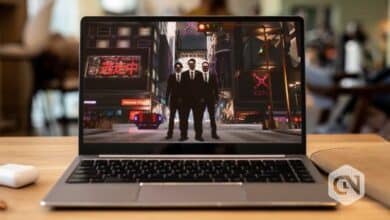