The CEO and founder of messaging app Kik, Ted Livingston says that as a global currency, Facebook Stablecoin wants to replace US Dollars. Livingston also claims that the upcoming project will be somewhere more similar to the Chinese messaging app WeChat and Facebook is trying to attract the US Dollar into an online payment system that will be private.

The Canadian entrepreneur also says that the upcoming project will make it simpler for users to transfer the money cheaply plus he hopes that users will keep the money within the messenger system. In order to lure the users into saving their money in the messenger system, they’ll try to cater more options such as paying various bills, booking vacations, and more says 32-year-old Livingston.

“WeChat allowed people to take their money out at any time, but they also added more and more reasons for people to keep their money inside paying hydro bills, buying food, booking vacations, and more. Soon no one was taking their money out,” says Kik founder and chief executive.

According to Livingston, three possible steps can be taken by Facebook for the coming project in future: 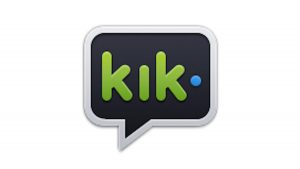 These three steps would require Facebook to expand into a $689 billion remittance market. Also rather than hiring a banking service that will add to the expense of the project, they can build a global financial system. Plus they can add as many reasons as possible for the users to keep their money running inside the messenger app while providing them options to pay their day to day bills using the app. This seems a very luring idea for the users to be hooked to this upcoming project. Although there might be a bit of expense that will shake the budget, this will bring a whole new dimension to the app.

In the past years, Facebook has shown interest in building a messenger payment system in India through WhatsApp and have also shared its plans that makes it very clear that the upcoming project will not only be an easy to handle and ready to go payment system but also be a game changer to replace the US Dollar.

Livingston added to the topic saying,

“As India gains momentum, Facebook could look to expand. First into other countries where remittances are popular. Perhaps the Philippines and Egypt, followed by Mexico and Vietnam.”