Both parties finished their closing arguments on Day 15 of the Kleiman v Wright civil trial that started three weeks ago on November 2. Now, the jury is deliberating over the verdict and is tasked with deciding 25 questions about the case.

Vel Freedman, counsel for the plaintiff, gives an outstanding speech focused on Wright being a dishonest person who allegedly forged documents time and again. He painted Wright as someone who is capable of robbing his deceased best friend David Kleiman of the credit of being Satoshi Nakamoto, the pseudonym used by the author of the Bitcoin white paper, and half of the 1.1 million Bitcoin–now worth over $62 billion–Wright and David Kleiman supposedly mined together in a business partnership.

Freedman emphasizes that although there is no written agreement between Wright and David Kleiman with regards to this business partnership in mining the Satoshi coins, there was an undefined verbal agreement. And the glaring lack of evidence presented by the plaintiff to back up their allegations is due to the utmost secrecy that Wright and David Kleiman operated under while they were working on Bitcoin.

Andres Rivero, the lead lawyer for the defense, reminds the jury that the case is all about proving that David Kleiman was a partner of Wright in being Satoshi Nakamoto and mining 1.1 million Bitcoin, of which the plaintiff has not been able to prove without a doubt.

In fact, there is no clear written or casual agreement presented that directly correlates to the allegations—no clear division of labor in writing the Bitcoin white paper nor a clear division of shares in the mining of Bitcoin.

Rivero also points out that the fact that the plaintiff is dependent on pieces of evidence or testimony wherein Wright was caught not being consistent makes the plaintiff’s argument flimsy at best. There were also several instances wherein Ira Kleiman has been caught in a lie—the inconsistency in his statement about the Bitcoin logo and that David Kleiman spoke to two of his friends about Bitcoin.

The transcripts don’t likely express the sarcasm that was used by Rivero in this segment. He was mocking the straw-man that the plaintiffs created.

Go tell Greg, Emin and Artie that Andrés Rivero was mocking – not agreeing with – the plaintiff’s charge about Craig. https://t.co/txb66X7yjB

Furthermore, the emails that the plaintiff presented and that their expert witness has verified as forgeries sent from the email address [email protected] to David Kleiman’s email address, particularly one wherein Wright supposedly asked David Kleiman for help on “bit cash,” have been proven not to have been sent or forged by Wright.

It would have been impossible for Wright to send such messages in 2008 from an email address that should not have existed then. rcjbr.com is actually a family domain that represents the initials of Craig, his second wife Ramona, and three children. At the time the supposed email was sent, Wright had either still been married to his first wife or was in the process of a divorce, and had not met his second wife yet.

For clarity. This email was presented by Iras team and proved by Craig’s team today to be fraudulent, as email could not have been sent in 2008 as domain was created in 2011. Pivotal moment. Now we know for certain Iras team has submitted forged evidence. #Satoshi #Bitcoin #CSW pic.twitter.com/c8noBiVLRj

However, Ira Kleiman admitted to still having access to David Kleiman’s email address. If forgeries did occur, it was Ira Kleiman who had the most to gain.

Rivero closes his argument by stating that David Kleiman had been too sick in the last two and a half years of his life to actually be able to manage a large-scale mining facility to mine 1.1 million Bitcoin. Rivero also repeatedly asks the jury, “If it doesn’t make sense, vote for the defense,” alluding to the fact that the plaintiff had been going around and trying to discredit Wright’s testimony due to a lack of evidence.

Final Thoughts on the Trial

The historic Bitcoin trial has been very interesting to watch. There were inconsistencies in the claims made by both sides. For one, Ira Kleiman reformatted, overwrote, or deleted the laptop and hard drives of his brother David Kleiman, who was a computer forensics expert, which is the main reason why the plaintiff had a lack of evidence.

If ever there was any kind of evidence related to David Kleiman allegedly co-creating and mining Bitcoin with Wright, it would have been on David Kleiman’s laptop, cell phone, and hard drives—all of which have been rendered useless.

The defense has presented pieces of evidence and testimonies that prove Wright being undeniable Satoshi Nakamoto, with his love for all things Japanese, his career history that involved working with and pitching ideas that were precursors to Bitcoin, and his extensive educational and professional background that provide him with all the knowledge and skills to create Bitcoin.

Actually, Wright himself had told Ira Kleiman that David Kleiman may own a considerable amount of Bitcoin and that the deceased helped him with Bitcoin through emails presented by the plaintiff as evidence.

Wright has testified that he exaggerated David Kleiman’s role in Bitcoin because he was a dear friend who he does not want to be forgotten, because while David Kleiman had his own accomplishments, it was not as significant as being a co-creator of Bitcoin.

According to Wright, it is true that if it had not been for David Kleiman, maybe Bitcoin would not have been created, because it was David Kleiman who pushed him to create Bitcoin and supported him during a tumultuous period in his life. For these claims, the jury only has Wright’s words to base on.

What stands out the most in this trial that lasted three weeks is actually what had not happened while David Kleiman was still alive.

Suppose Wright fraudulently transferred 573,500 Bitcoin from David Kleiman to himself and had cheated him of the credit of being a partner in the pseudonym Satoshi Nakamoto. Why had David Kleiman, who was also a former police officer, not filed a criminal report or filed a civil claim as what his brother is now doing?

“Dave helped me act as a front, a sham as the ATO [Australian Taxation Office] called it. So, it looked like he ran all my companies… the Australian Taxation office almost bankrupt me and became the owner of Bitcoin’s IP,” Wright said during his testimony when explaining why a transfer of 573,500 Bitcoin occurred between David Kleiman and himself.

“Q. And, Dr. Wright, you heard your lawyers suggest to this jury that the fact that Dave Kleiman didn’t tell people about his creation and mining of Bitcoin with you somehow suggests he didn’t do it, right?

Another fact of the case that creates more questions instead of answers is that David Kleiman did not mention anything related to Bitcoin to any of his closest friends, one of whom even visited him five days a week in the over two years and five months he was hospitalized. Was it all because Wright and David Kleiman operated under secrecy as the plaintiff is claiming?

David Kleiman has also been established as a smart and intelligent man who knew how to properly set up a business, having his former business partners sign lengthy operating agreements. Why had he not done the same with Wright in the creation and mining of Bitcoin? Did David Kleiman rely on a verbal agreement because they were doing everything in secret?

David Kleiman died in debt and in poverty, not even being able to pay for his cell phone bill. Suppose he owned Bitcoin or knew that he had a rightful claim to a considerable number of the Satoshi coins. Why did he do nothing in order to sell his coins or lay claim to half of the 1.1 million Bitcoin he allegedly mined with Wright in order to alleviate his financial situation and even try to improve his quality of life by getting better treatment for his many illnesses? Was it because David Kleiman wanted to uphold the purported secrecy of their operations at the cost of his life?

These questions are now up to the jury to mull on. Deliberations will resume on November 29, after the Thanksgiving holidays.

ADACash Shells Out $1.5 Million Rewards to Users One Month Into Operation 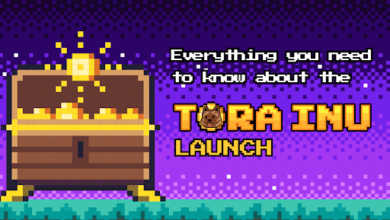 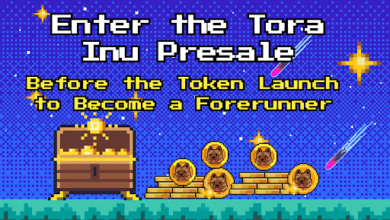 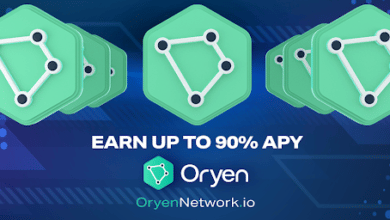 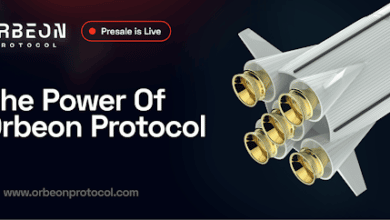