Kraken Exchange reveals that it has paid salaries to 250 of its employees in Bitcoin in the month of April, proving the claims made by Peter Schiff completely wrong. In fact, the company also claimed that an increasing number of employees are opting for cryptocurrency month after month.

We respect the quest for sound money but @PeterSchiff is wrong when he says "there is no way that people are going to work for salaries paid in bitcoin". Kraken paid 250 salaries in bitcoin in April and more employees are opting for crypto every month. https://t.co/OZuh4gcbfw

One of the crypto exchanges France, Kraken, at present, has approximately 800 people working for it so going by the exchange’s revelation, about 30% of their employees receive their salaries in Bitcoin.

Peter Schiff, the CEO of Euro Pacific Capital, had earlier claimed that chances of people working for salaries in the form of Bitcoin would be almost zero. He made such claims while indulging in a debate with Saifedean Ammous, the author of ‘The Bitcoin Standard’ on YouTube channel Tone Vays. Schiff also expressed that it was easier for the government to close down Bitcoin than the metal Gold.

However, Schiff responded to Kraken’s tweet by saying that it was not right on Kraken’s part to do that. Especially when the employees were not being paid a predetermined amount of BTC as their salaries. To explain things better, Schiff said that if the staff was paid BTC that were equivalent to their dollar counterparts, then it did not count.

Schiff here raises a valid point as the majority of people want and need a certain fixed amount as their salaries every month. If paid, according to Bitcoin’s volatile value, then the whole practice becomes quite unfair for the employees. Moreover, it was very unlikely for employers to offer bitcoin-denominated salaries to their staff.

Looking at a bigger picture, getting salaries in Bitcoin form comes with a lot of benefits. It not only enables one to make monthly investments easily but also allows them to make hassle-free fiat conversions.

These positives have been recognized by people the world over. Canadians, for example, have been asking for payments in the form of Bitcoin since 2014. Bitwage also offers tools to businesses to enable them to pay their payroll employees in cryptocurrency (the full payment or a part of it). Payments for income tax are dealt in a same way as they are done with the fiat ones.

If bitcoin or cryptocurrency as a whole attains a wider adoption in the future, then Schiff’s point might become debatable. It also must be noted that Schiff’s website also allows users to make gold purchases using bitcoins. 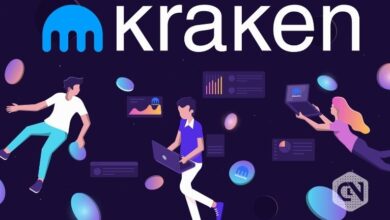