After a million rumors over a long period of time, social media giant Facebook finally revealed the Libra coin last year in June. While a large section of the community was extremely excited about the prospects that entry by such an established traditional player could bring in the industry, Libra has had its fair share of criticism, not only from the crypto industry but also from governments across the globe.

Following are the top reactions that Facebook’s debut in the cryptocurrency received:

Facebook was rumoured to launch its own cryptocurrency for several months before the actual unveiling of Libra in June 2019. While there wasn’t any major criticism during this period, as soon as the Libra project saw the light, the sky came crashing down when US President Donald Trump lashed out at Facebook. He tweeted that cryptocurrencies are used for illegal activities like drug peddling, terror funding, money laundering, etc., which raised eyebrows across the globe. However, the industry was quick to respond, as major industry players came forward.

Quite a few initial promoters left the ground after widespread criticism

On the backdrop of all the fuss that engulfed Libra, some of the founding members of the Libra Association began to back away, starting from PayPal. Following the payments giant, several members like Booking Holdings, VISA, Stripe, eBay, etc., stepped down from the project causing a severe setback to Facebook.

While there was a definitive hostility by the US Government, Libra also received support in some parts of Europe. The UK, in particular, was more receptive towards Libra, as the country’s central bank, the Bank of England, categorized the project as a systematically important payment system. That said, the hostility also emerged in Europe as France proposed Europe’s own cryptocurrency to counter Facebook’s Libra. In fact, Bruno Le Mair, Minister of Economy and Finance of the European superpower also warned the social media giant to halt Libra’s development.

Crypto community had a lot to say

The crypto industry is fairly young and fragile, having been in existence in just over a decade. Therefore, entry of a mainstream company as big as Facebook quickly became the talk of the town, and the community leaders began voicing their opinions. Ripple CEO Brad Garlinghouse took a dig at the project stating that it is confusing. However, Justin Sun, another controversial name in the crypto industry, extended his support to the Libra project, stating that it will facilitate a bright future. On the other hand, Ethereum former Co-founder Joseph Lubin and Twitter chief Jack Dorsey didn’t mince their words while lashing out Facebook, raising questions on the data privacy issues which have haunted the company since the Cambridge Analytica debacle.

One thing which remained in favor of Libra despite facing such polarizing reactions was that Facebook did not panic, and studied the criticisms quite carefully, to tackle the situation strategically. The executives of the Libra project continued to clear the air and solve as many doubts as possible in the following months. Here are a few instances where Libra executives indicated that they are working hard on their strategies:

One of the major criticisms that have plagued the Libra project is the fear that it is a threat to the government’s hold over the monetary systems, which could open the door to several problems. Tackling this, Libra chief David Marcus came up with a series of tweets, in which he explained that Libra is simply a “payment network system running on top of existing currencies.”

Cryptocurrencies have been accused of facilitating social evils like money laundering, and the same happened with Libra. Yet again, Marcus came forward and tried to clear the air by pointing out that Libra has the potential to put a break on money laundering. He further argued that blockchain can trigger a more secure, transparent, and reliable payment ecosystem. Also, the Libra Co-founder said that users wouldn’t need to trust Facebook to trust Libra.

These statements by the top brass of Libra indicate that the major strategy is to lure users by busting issues surrounding the project. Facebook clearly wants to take the governments into confidence, which can be a bit daunting, especially when we consider the fact that US lawmakers have asked Facebook to stop the development of Libra on hold. However, the trust factor will play a bigger role in its success, and that, at the moment, looks like an uphill task. There’s strong resentment among users against Facebook for its data breach saga in the recent past, and for the company to separate itself from the Libra project seems to be quite difficult.

Even after more than seven months since its launch, Libra has managed to stay in the headlines of the financial world. Here are a couple of latest snippets coming from the Libra:

Libra termed as a failure by the Swiss dignitary

Facebook has headquartered the Libra project in Switzerland, which had raised quite a few eyebrows in Washington. However, things got even more complex a couple of weeks ago when Swiss President and Finance Minister Ueli Maurer stated that Libra is a failure in its current form. The Swiss Government head further added that the project would not achieve its expected goals, as the ethos the stablecoin is based on is not acceptable by central banks globally.

Libra Association exec claims world needs us, as Bitcoin is “Not a Means of Payment”

During the recently concluded CES 2020, Dante Disparte, Vice Chairman of Libra Association, made a bold statement that the world needs Libra, as Bitcoin is not good enough. Dante said that Bitcoin is not a means of payment, and Libra is the answer to the void. He added that Libra is trying to answer complex questions like, “how do you drive mass adoption?” or “how do you remove insidious levels of friction that basically make it cost-prohibitive to give people access to payments?”

Analyzing the above aspects, it shows that Facebook faces much bigger hostility for Libra than the support it has managed to garner, which is quite worrying. Right from governments to competitors, most influencers of the world have criticized, barring a handful few. That said, the executives of the Libra project seem to determine and haven’t taken a step back or forward in desperation. This indicates that though the road is quite steep, Libra will continue to hold its ground, at least for the foreseeable future.

How SEBA is Bridging the Gap between Crypto and Traditional Banking 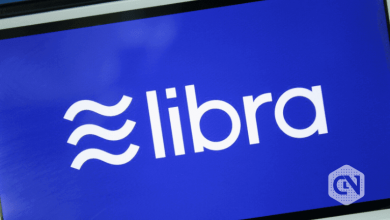