The Australian Transactions Reports and Analysis Centre (AUSTRAC) and Australian Federal Police arrested a 27-year-old man on March 7 following a series of raids conducted by the Australian authorities in the Victorian suburb of Bulleen.

Police arrested Sam Karagiozis for playing a significant role in operations of an illegal narcotics syndicate. Karagiozis has been charged with possessing, importing, and trafficking around 30 kilograms of drugs like MDMA, methamphetamine, cocaine, and ketamine via darknet marketplaces.

The arrest has also led to the suspension of the licenses of two cryptocurrency exchanges that Karagiozis was involved with including his cryptocurrency ATM network, Auscoin.

Karagiozis described himself as a “serial entrepreneur” and has been a constant fixture on national media in the last couple of years. He had an ambitious plan to roll out the first-ever nationwide network of bitcoin ATM in Australia with the intention of “helping the average Joe get involved in bitcoin.”

He had already installed four ATMs in Australia and had plans to finance the rest of the machines through Initial Coin Offerings. Karagiozis had claimed that Auscoin had a turnover of 500,000 Australian dollars each week despite the bear market.

“We’ll be moving ahead either way and I’m more than happy to invest in the project myself openly should we not raise enough in the ICO — as for what the rollout will look like, if we don’t raise the funds required it will just take a little bit longer, it may be 24 months instead of 18, but at the end of the day 1200 bitcoin ATMs will be rolled out,” he said elaborating his scheme.

The scheme, though, has been criticized heavily by many with some media outlets calling it an “80 Million Dollar Scam”, and a “money grab” built on little more than “grandiose promises.”

Karagiozis hit back at the news outlet saying “Calling it a blatant scam with zero evidence is detrimental … Auscoin is the backbone of my life and reputation right now.”

Karagiozis was previously embroiled in a controversy when he claimed that “The first quarter of [2018] is probably the last opportunity people are ever going to get to buy Bitcoin for under AUD$20,000 a coin.”

Registration for two cryptocurrency exchanges was immediately scrapped after Karagiozis’s arrest, and will not be permitted to resume operations until further notice.

“Our decision to suspend the registration of the two businesses means they can no longer lawfully operate,” said Austrac national manager of regulatory operations Dr. Nathan Newman. 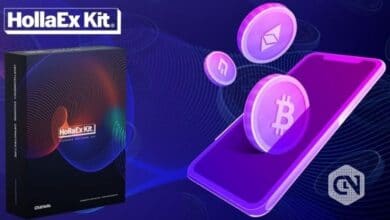 How To Run Your Own Cryptocurrency Exchange With The HollaEx Kit