Litecoin has been less known as a popular cryptocurrency in 2021 after being dethroned by new cryptocurrencies offering better security and privacy. After Bitcoin, LTC is among the oldest cryptocurrencies, tracking its roots back to 2011.

As of October 2021, LTC ranks at the 15th position and is close to being dethroned by the rally of Shiba Inu. Roughly 20% of Litecoins are available for mining, after which this digital asset will become rare. 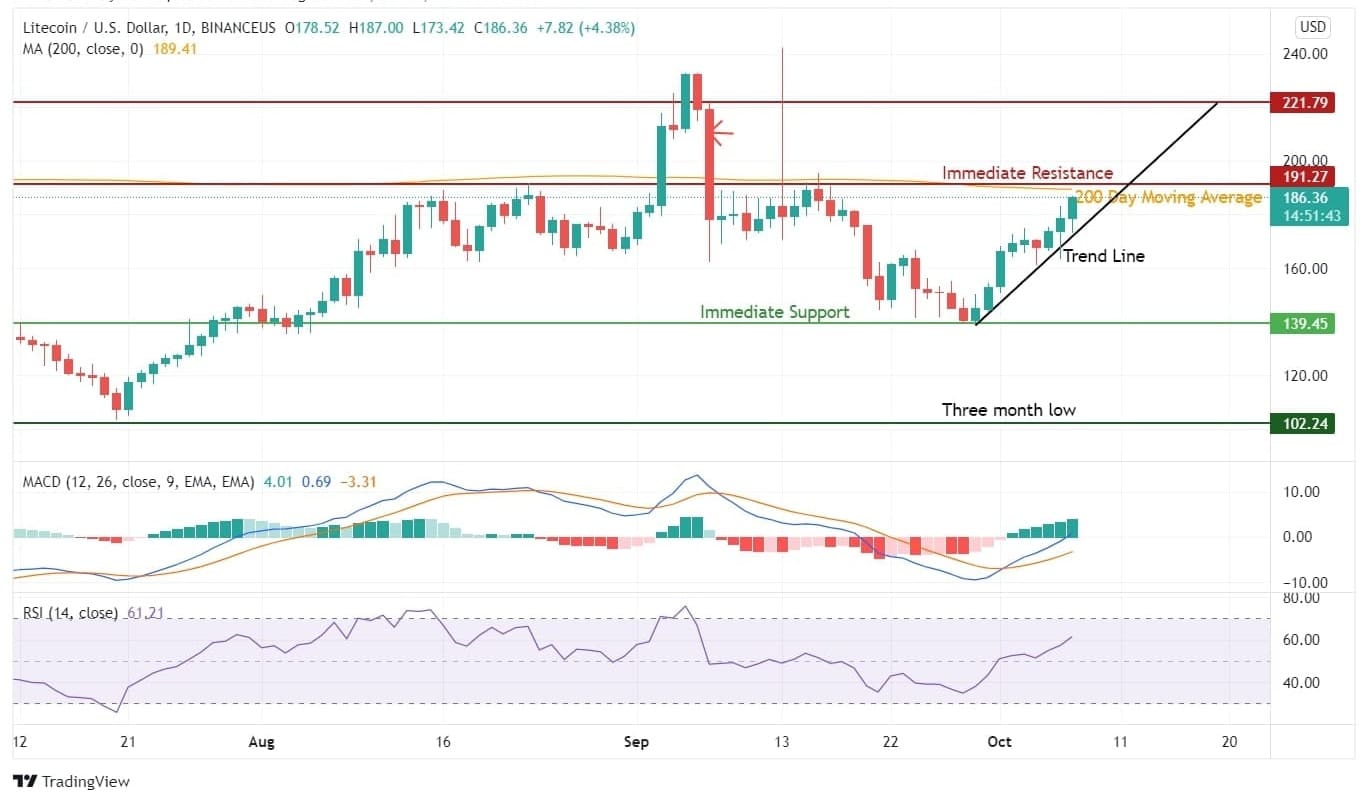 Litecoin price is moving up from $140 towards $200 with a furious buying action. This price action resembles the previous price movement witnessed in the 2nd half of July 2021.

The Continuation of this buying rally can help Litecoin reach a higher level of $200 in a concise time interval. LTC has a previous high of $415, which is still 120% away from the current levels. Also, read more on future predictions for Litecoin on our forecast page.

RSI levels have moved from close to weaker limits of the 30s to a decently positive level of above 55. The up move with a simultaneous increase in RSI level indicates a better probability of Litecoin retracing towards upper limits of $400. Another important indicator, the MACD has already marked a golden crossover on the first day of October itself.

Price action in the last two days indicates a lack of confidence amongst buyers and sellers as candles have wicks on both upper and lower sides. This ongoing tussle can last longer before marking a clear breakout needed for excelling in this region. $190 has been a strong resistance level and now sits in tandem with the 200 DMA curve, which has traded around $185 – $190 in recent days. Crossing the 200 DMA curve will bring a positive outlook on Litecoin counters.