For now, the price action on the trend line is showing a bullish bias with a pinch of fear. It is the first time LTC has traded above $150 since June 21, 2021. Second resistance for Litecoin comes out at the psychological level of $200, all of which is a sign of strong uptrend momentum in the near-term.

Breaking of the trend line of daily charts but retracing from lower levels indicate a rejection of lower valuation for LTC cryptocurrency. We can expect the Litecoin price to break the $150 resistance and use the level as a support for retesting higher levels.

On a broader time frame, LTC is neither trending nor consolidating but on the verge of breaking out from its trapped levels. Let’s discuss the further possible price action taking hints from technical indicators and price movement in the last few months. 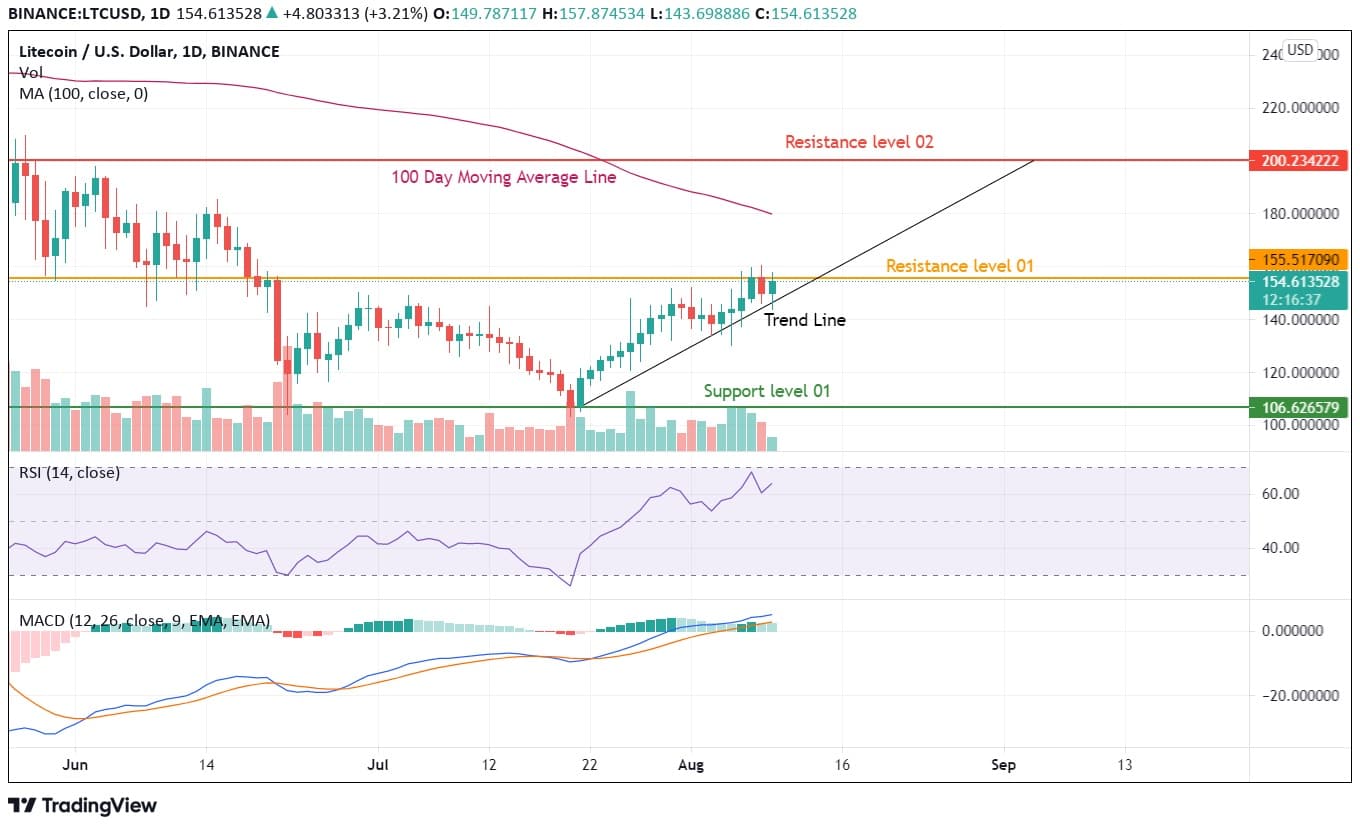 Litecoin as evident is close to giving a breakout that can help it retest the $200 levels. Since the short-term moving average of 100 days is quite above the current valuations we can expect LTC to consolidate close to the $180 levels.

Another emerging support will come around $140 with a scope of touching fresh highs. RSI on daily charts is extremely bullish with a histogram level of 64, while the MACD indicator is trending on the positive axis adding a positive sign for investors. 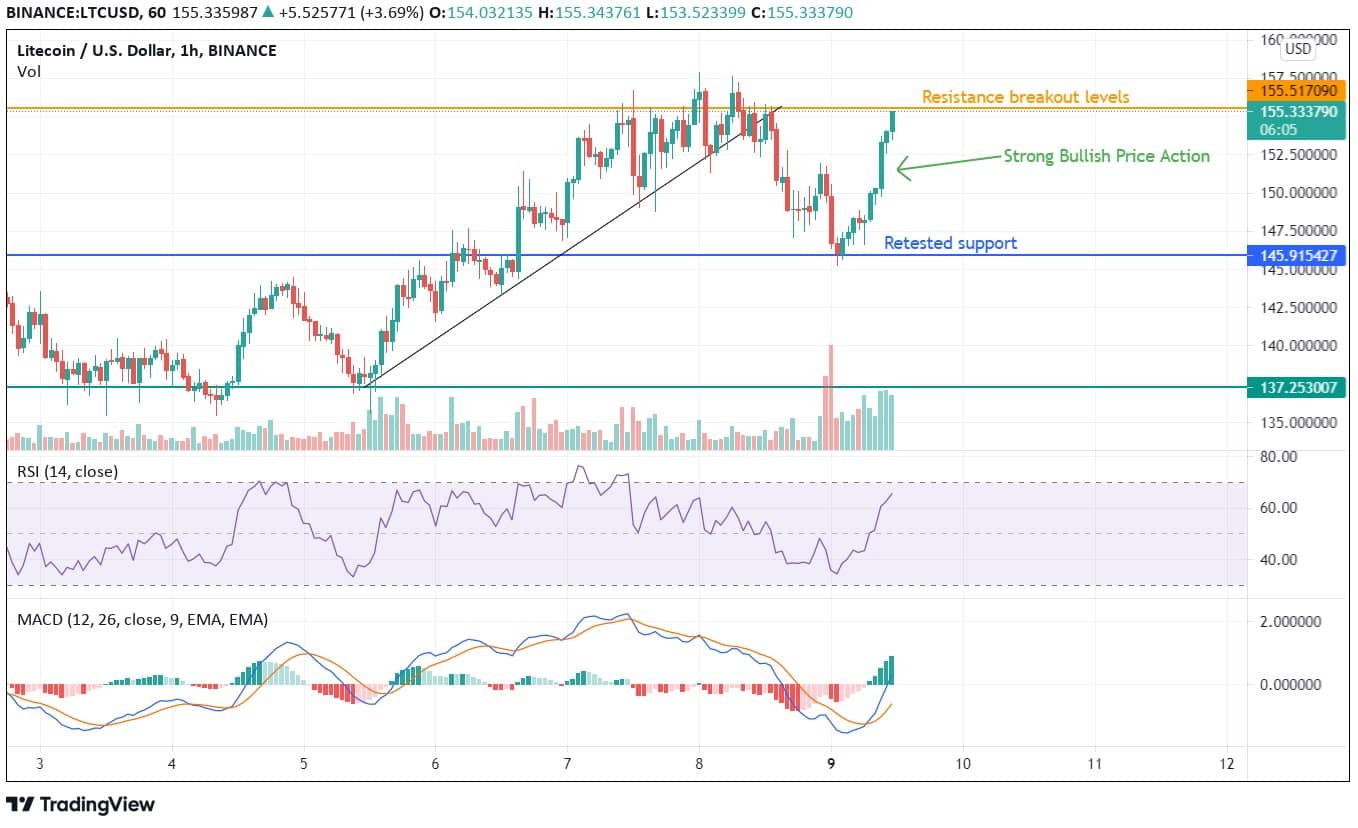 On hourly charts, Litecoin failed to breakout from its resistance level of $155 and retested its support levels around $145. Since August 09, 2021, we can witness strong buying with huge candles indicating positive buying at those levels.

The current price action has brought LTC close to its resistance level, where it got rejected earlier, but considering the strength in candles of the last few hours, there is a strong possibility for LTC to give a breakout as per our LTC predictions. RSI on hourly charts is trending in the overbought zones close to level 70 and MACD is showing the beginning of a positive swing with a crossover.

Can Litecoin (LTC) Break Through the $190 Barrier?