Litecoin (LTC) is an open-sourced blockchain technology-based digital currency that is decentralized with the transactions not confined to a single server and is available to everyone. Every information is stored in the ledgers and cannot be deleted or modified. It works under the proof-of-work consensus algorithm. Litecoin mining is the process that involves the use of adding blocks to its blockchain, by which one can obtain litecoins using their computers and secure the network. Litecoin offers a faster, secure method for transactions and the transaction fees are much lesser compared to the other cryptocurrencies. 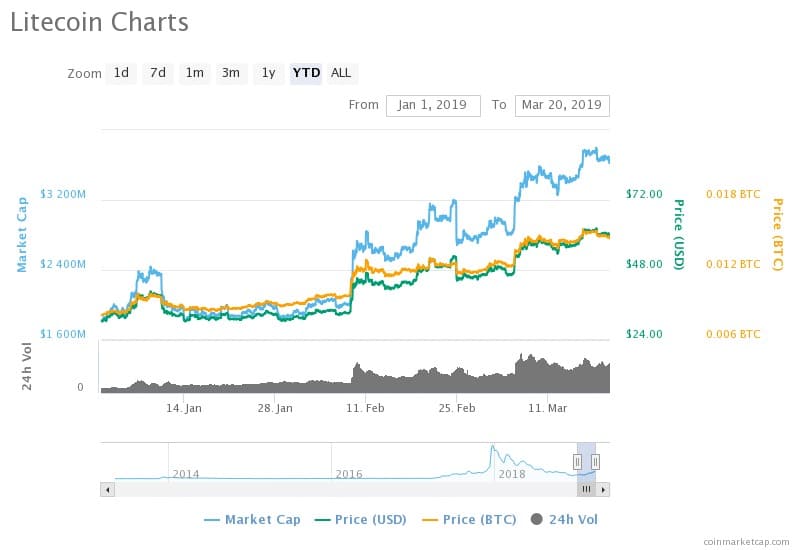 The 20-day EMA exhibits an uptrend for the cryptocurrency. The values rose from $2,803,013,908 USD to the current value by 29.45%. The moving averages show that the bulls rule the cryptocurrency and the balance falls in favor of the strong buyers. Hence investors with long term investments would find it suitable to invest in this cryptocurrency. And according to Litecoin price prediction, traders can also earn a profit from their transactions due to the rising market. Investment from traders will increase the value of the cryptocurrency in the future.