Litecoin has finally shown some light at the end, retracements from a year low of $103.80 it hit on July 20. Buying sentiment at these levels has brought LTC into a new light for investors. After falling for over two months and losing about 75% valuation, there is still no sign of positivity on a larger time frame. For better clarity upon the support and resistance levels, Litecoin technical analysis is required.

LTC has shown a clear downtrend since breaking the support at $240 levels. Followed by further resistance around $200 levels, Litecoin broke down and further kept on breaking important moving avengers and support ranges. As of now, Litecoin price has reached the last support level on the year 2021 basis. 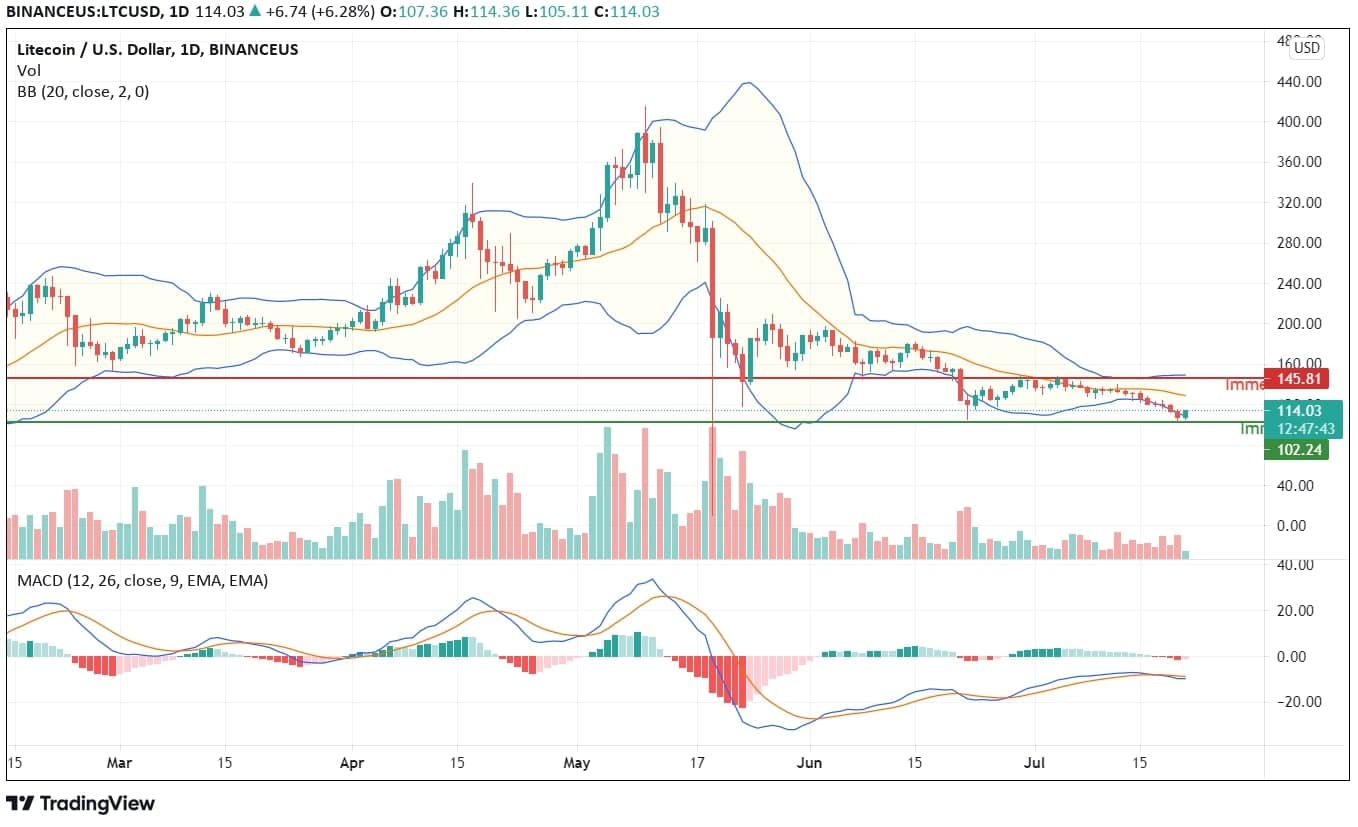 Litecoin has one last support at $100 levels, which has turned out to be a buying zone pushing Litecoin over 6.5% in single-day trade. Follow-up bullish sentiment in days to come can turn tables for investors, but the LTC price needs to cross the high of the last swing. Litecoin crossing the immediate resistance line will be a bullish zone ready to take off towards an all-time high.

MACD is negative, but the trend has reached close to the neutral zone. A cross over the neutral zone and valuations crossing the immediate resistance of $145 will create an ultimate bullish sentiment. On the downside, Litecoin price can reach $50, but it’s highly unlikely since buying has historically begun from $40 to $80 levels. Bollinger bands shrinking before this up move indicates a broader zone of price action that can range from $50 to $150. 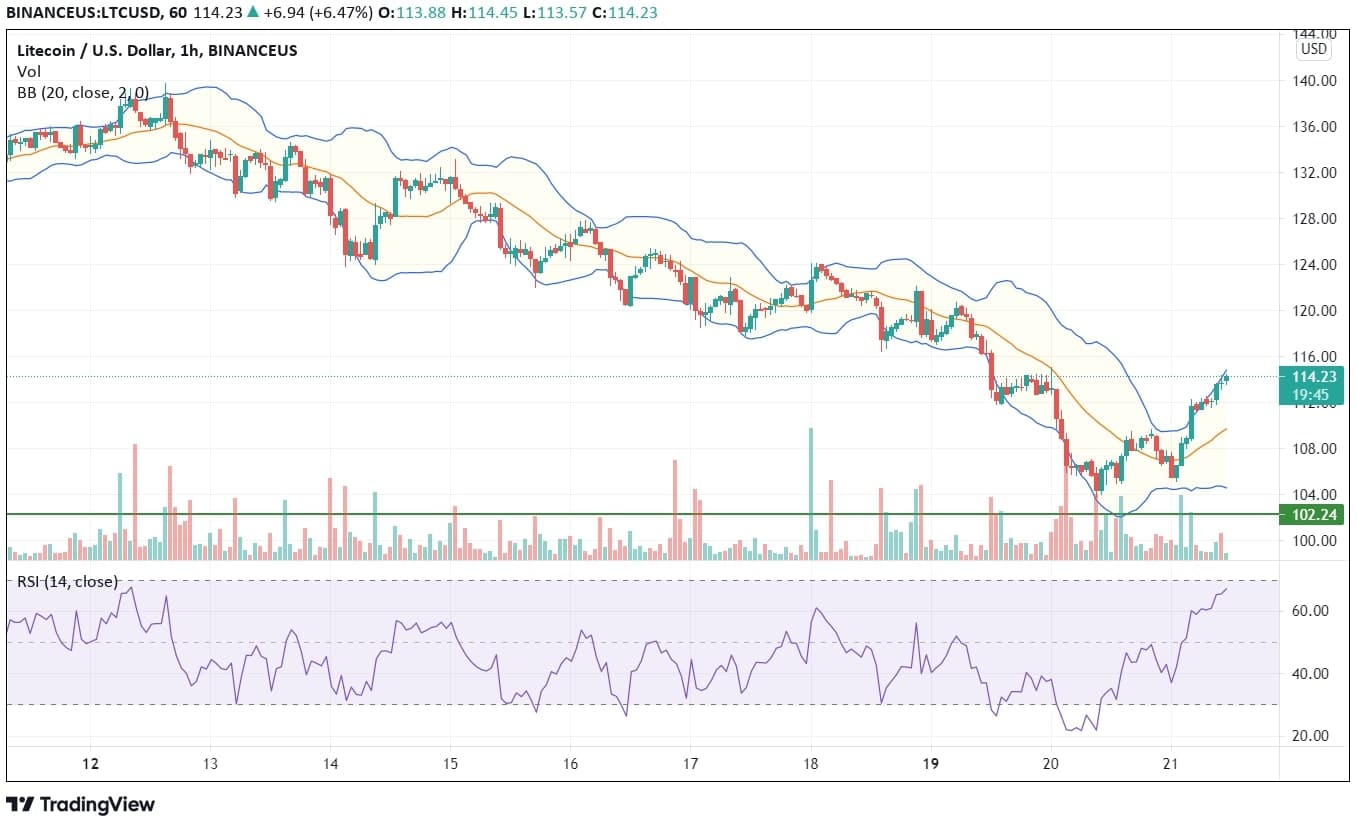 The pullback from lows of $100 is just amazing; without any sign of weakness, Litecoin price has reached $114.5 and still showing no weakness. Volumes are slowly spiking in terms of transactions. RSI has reached over oversold zones to an overbought zone of 80 in a matter of two days. The last overbought zone was on hourly charts on July 12, 2021.

Bollinger bands on hourly charts are clearly indicating the positivity in the price action. As per our LTC forecast, investors can buy at these levels for a good return. Litecoin can easily reach $200 if this bullish sentiment survives the resistance around $140.

MoonPay: the First-Ever US Global Fiat On-Ramp to Polygon