Litecoin is a faster, more efficient, and lower gas fees costing blockchain that empowers users with seamless peer-to-peer transactions. The only reason LTC has failed to repeat the success of Bitcoin is its four times larger token volume. While the early launch of bitcoin allowed the token value to transform into a storage value, a similar trend wasn’t visible for Litecoin.

It has become the base reason for the deferment of 110 times of market capitalization between these two similar blockchains. In the literal sense, LTC has created a market for its token utilization based on merchant acceptance and faster transactions.

LTC has a market capitalization of $4.1 billion with a total supply of 84 million. Compared to the pre-crypto breakout of December 2017, Litecoin is still trading at a premium of 24x from the January 2017 level of $3.5.

LTC coin has a strong resistance near 100 EMA as sellers seem to have found a sweet spot for profit booking. This scenario has become repetitive with the second such rejection in the last two weeks. 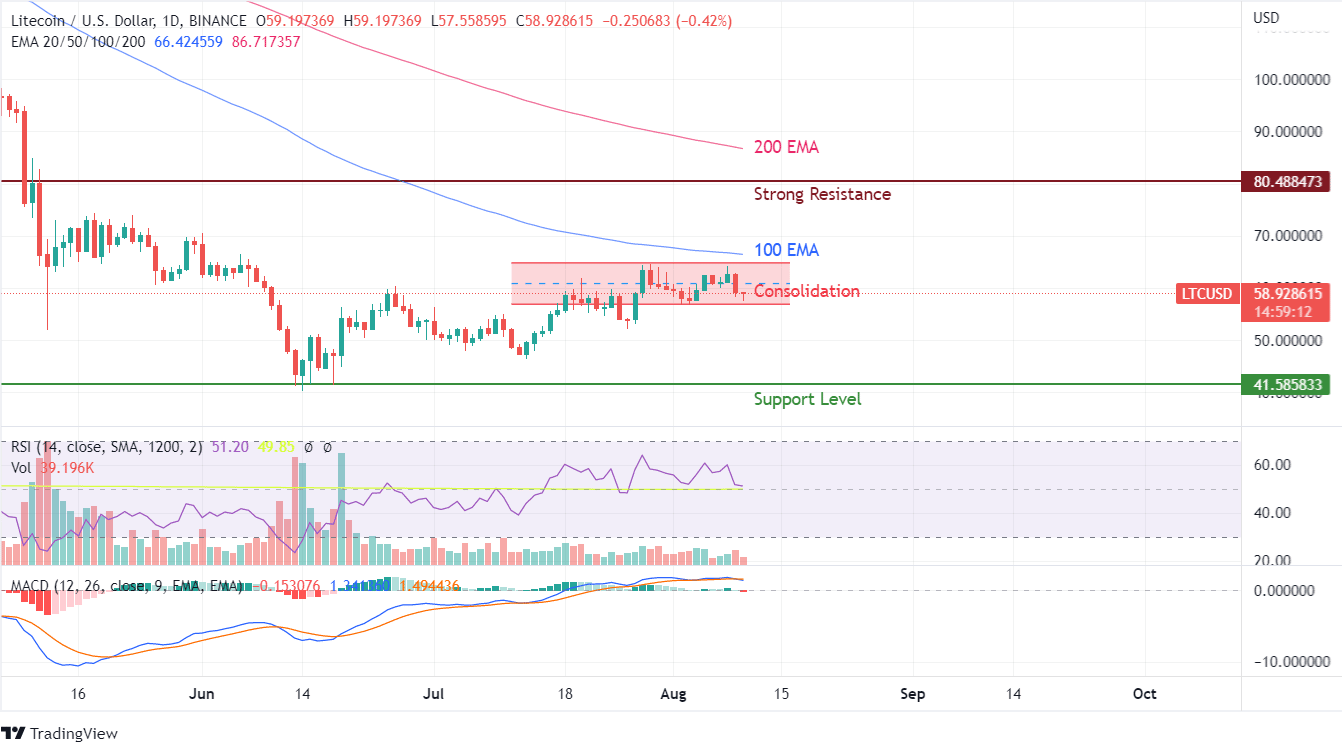 LTC has repeated its meltdown from the upper limit of its consolidation zone of $65. The lower level of this consolidation was reached in just three days compared to a week during the first breakout attempt. This profit booking sentiment weighing on the price of Litecoin has brought a negative outlook for the short term. Since the zone is covered in a mere 12-15% of price action, the probability of a breakout is imminent. The outlook suggests a positive outlook has a higher probability as buyers support the lower levels, which is confirmed by the repeated wicks seen at the daily candles.

During this mildly volatile price action, RSI has returned to the neutral levels of 50, while MACD has created a bearish crossover during this phase. This indication has diminished the hopes of a positive breakout immediately. The 100 EMA curve trades at $66, while the 200 EMA curve is at $87, both of which continue to move in the downtrend. Prolonged consolidation can force a formation of vertex, indicating an upcoming positive trend. To know more about the future of LTC, explore our Litecoin price predictions before investing. 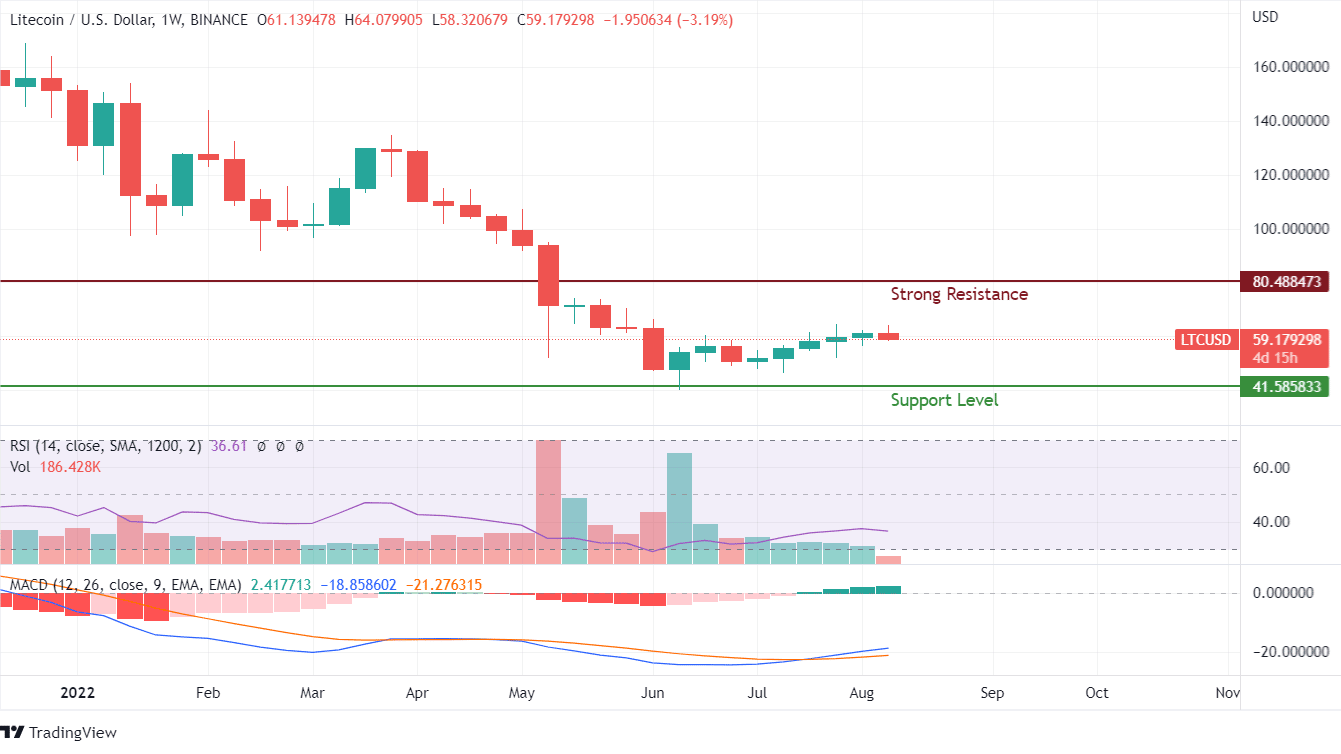 Weekly charts signify the failure of LTC in repeating previous positive streaks. Profit booking has become more stringent at higher levels of $65. The resistance level of daily charts affects even on the weekly charts with a positive outlook on long-term price action.

MACD has already created a bullish crossover, which is being maintained throughout the current consolidation, and profit bookings on Litecoin. Wicks’ formation indicates profit bookings, but holders might be in a safer zone as long as a bearish candle isn’t formed. Although RSI has taken a dip, it offers mixed sentiments about the possible price outlooks. 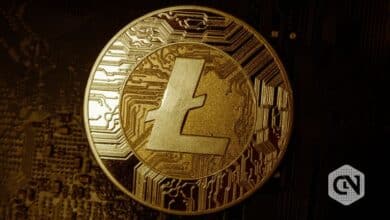 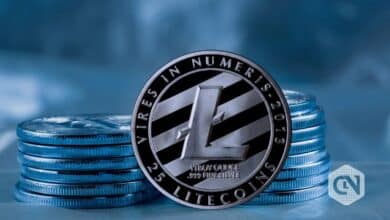