Litecoin is among the oldest surviving cryptocurrency networks that has remained mostly intact. The price action might include heavy volatility; it seems sustainable. Litecoin has been trending for a long time, and working above the level of $200 seems highly unlikely. By hitting a double century in value, Litecoin has entered the elite group of top twenty blockchains.

LTC currently ranks at the 17th position in market capitalization and is cumulatively valued at $13.5 billion with 82% of liquidity. The brainchild of a former Google employee, Charlie Lee, Litecoin is often referred to as a lighter version of bitcoin, offering similar features and advantages. 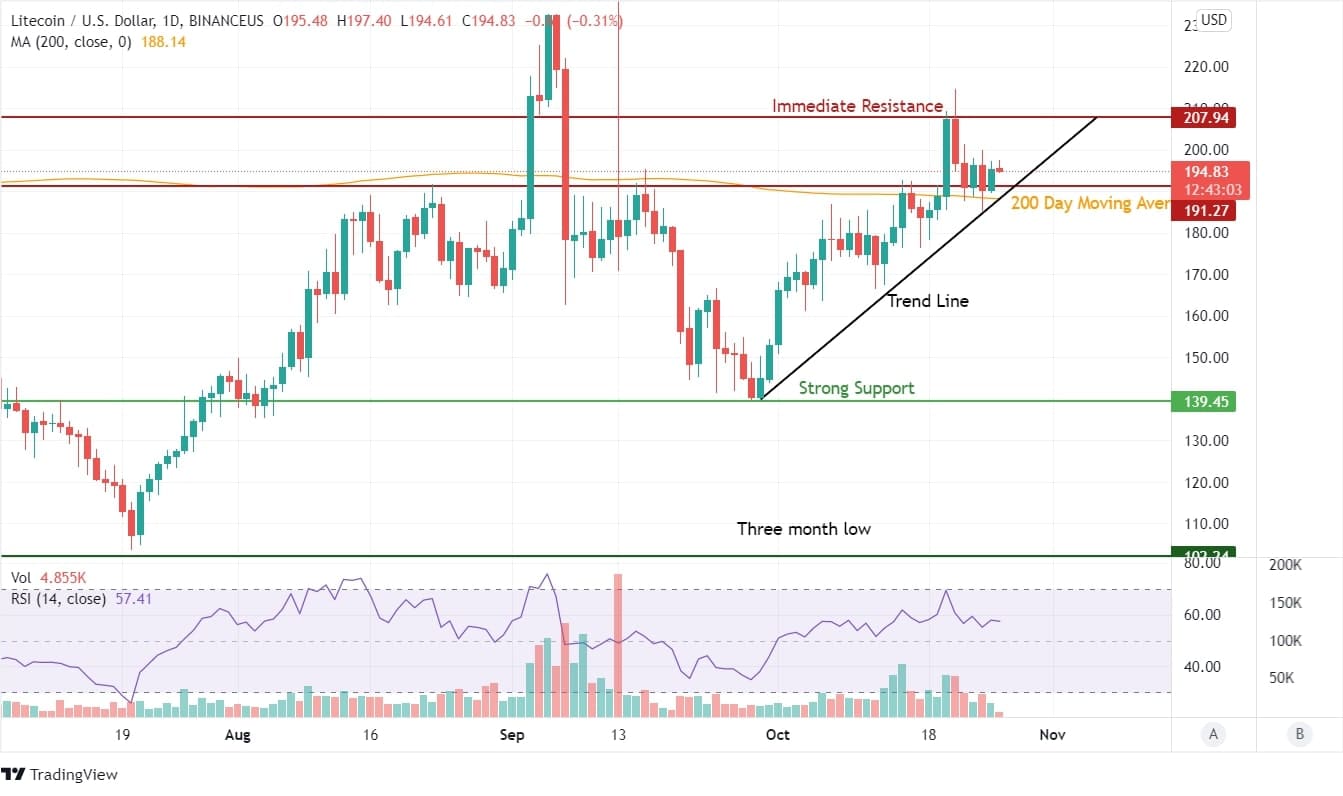 Litecoin cryptocurrency has jumped close to 40 percent in the last month after taking support at $139. Breaching the 200-day moving average became a reason for a breakout. But $200 has become a resistance hindering the upside movement. Hence, we are witnessing consistent profit booking pushing the value under $200. The trendline since September 2021 hasn’t been breached to date despite strong volatility. Despite an upside movement we witnessed on candlestick charts, RSI has mostly remained in the same range since the last month.

Furthermore, a 200 DMA level of $187 will be an indicative support level that can be used to make entry or exit any holdings in LTC. The resistance at $207 is critical to push the values higher or keep them under $200 levels. Finally, $140 has emerged as a strong support level, which will be important for valuing the momentum on LTC as per our LTC predictions.

The Conference.NFT Will Be Held in Kyiv for the First Time