Litecoin has fallen from the top cryptocurrencies to the 14th position in terms of market capitalization. While based on the Bitcoin protocol itself, developers of Litecoin followed a different hash technique. Their main goal of developing a better blockchain network when compared to Bitcoin. And they created a blockchain network with a block time of just 150 seconds enforcing faster transaction time and smaller transaction fees.

These features made Litecoin a superior choice for point of sale platforms and microtransactions. The developer story of Litecoin is a fascinating one, Charlie Lee a bitcoin miner and a former Google software engineer laid the foundation of what we know today as Litecoin. While many cryptos came, shined, and faded with time, Litecoin has maintained its grasp over the market and still holds a market capitalization of above USD 12 billion and a circulating supply of 80%. Only 20% of Litecoin remains to be mixed.

It is the closest cryptocurrency to Bitcoin by offering similar features and becoming widely accepted because of its lower transaction cost. Litecoin currently has more than 2000 merchants around the globe active using its transaction network.

Litecoin has been on a fairly consolidating and slowly upward-moving trajectory. Faced with a make or break situation at 50% Fibonacci levels, technicals indicate a potential to plug its losses and continue its slow movement. 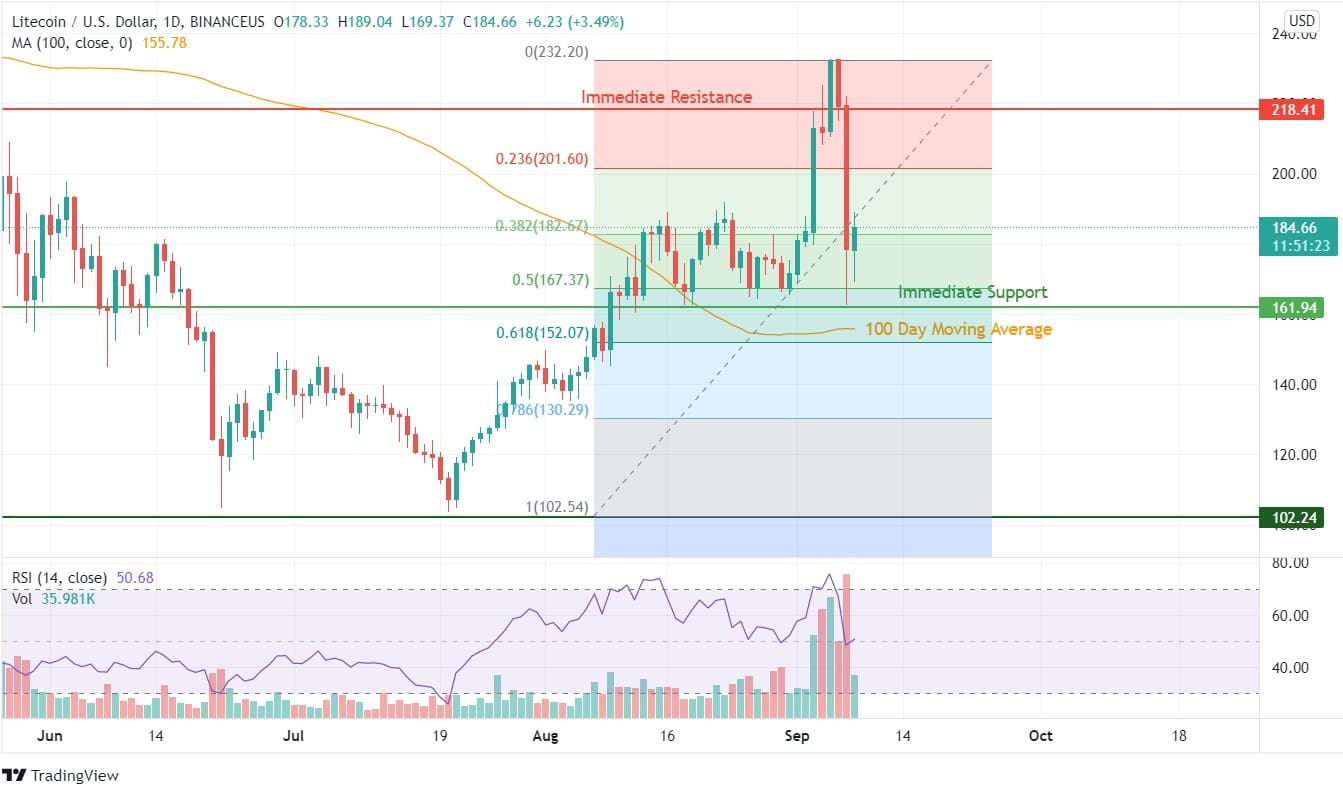 Litecoin was seen trading on a fairly decent value and range when suddenly the buying action on 3rd September took it out of the consolidation zone between $185 and $160. Litecoin having immediate support at $161 levels helped it inch closer towards a higher target which has a good breakout. But suddenly a selling pressure grasped Litecoin pushing the gained value to lower levels, followed by the broader crypto selling witnessed yesterday forcing Litecoin to shed close to 19% of its value.

As of now, Litecoin is back in its zone and seems to have taken support from the 50% Fibonacci retracement levels. Ideally, it’s a good level to buy and since the RSI level has also held its ground, there is a scope of revival in the coming days. On a precautionary basis, one shouldn’t be too excited to buy the dip, rather make a smaller investment and wait for better price action clarity.

100 Day moving average would be a good support level for the Litecoin price action trading at the value of $155. Litecoin also has a decent support at $161 levels, making the current zone a well calculated position for taking a risk. On upside movement, watch out for $200 levels as per our Litecoin forecast, a strong resistance for LTC. 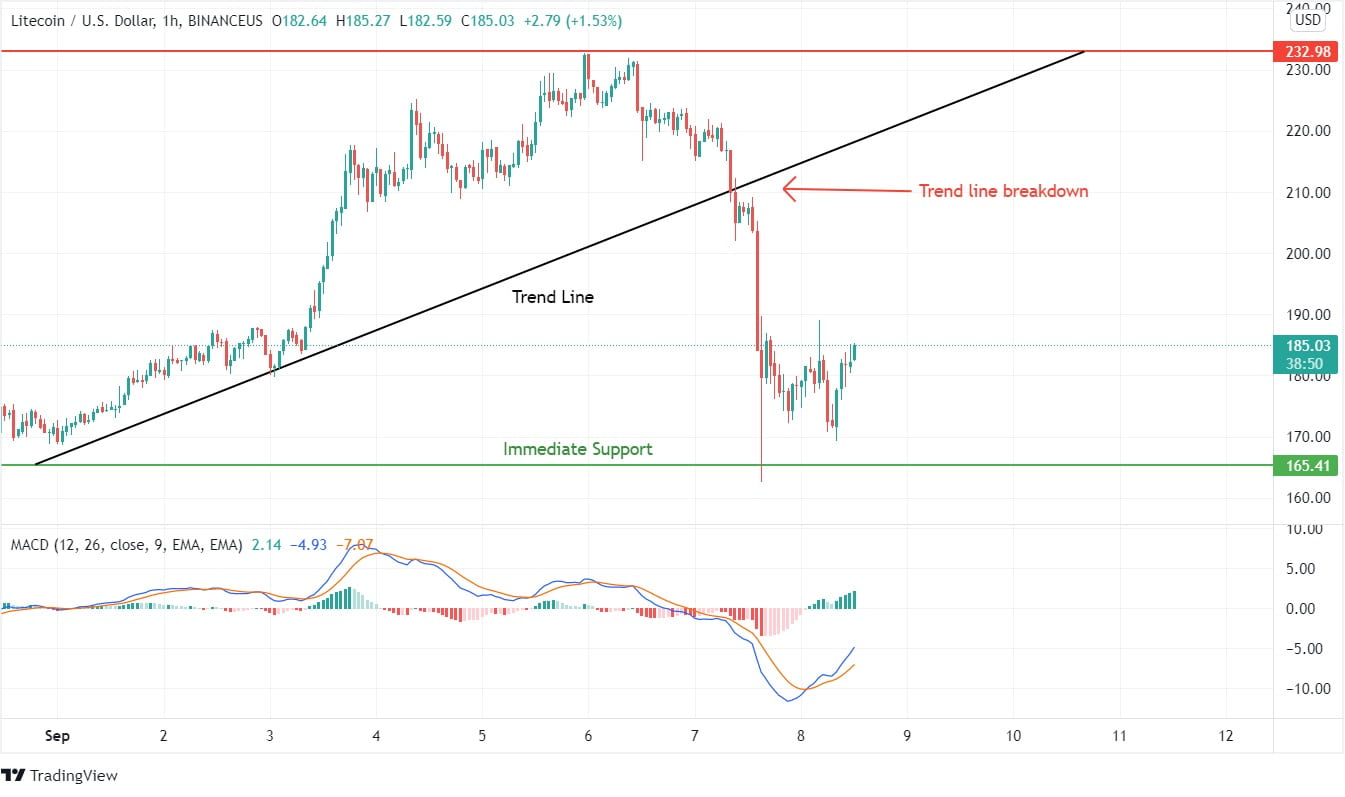 Litecoin has a clear downtrend motion initiated after breaking the trendline at $210 levels, much above the actual fall. Followed by a small consolidation inducing a false sense of security before moving upwards, Litecoin is under selling pressure towards $170 levels. This level has evolved as a support level but so far has failed to force any buying action. $185 level on charts indicates a stronger movement. The MACD indicator shows a bullish crossover, but happening under a negative axis puts some restraint in giving an all out buying mode.

AnySwap Enters Into a Strategic Partnership With Harmony