Xinxi Wang, Director of the Litecoin Foundation and CEO of COINUT exchange, explains the advantages and disadvantages of Proof of Work consensus mechanism above Proof of Stake in an interview. According to Wang,

“I don’t see advantages of PoS over PoW. People criticized that PoW consumes energy. But that energy was used for good, i.e., security.”

Under the Proof of stake system, the currency holders stake coins to confirm their transactions, instead of using their computational energy. They also receive their rewards for the same. Bitcoin community experts refer to this phenomenon a plutocracy. In this, the rich folks get richer, in contrast to Proof of Work which is referred to as a meritocracy. In a meritocracy, the miners who own the best equipment gains more.

“PoS has problems like the rich get richer, and that if a group of people controls more than 51%, no one can break that control, while for PoW, you can invest more hash power to break the control”

Charlie Lee, Creator of Litecoin, announced that he plans to add confidential transactions to LTC earlier this year. They are working with Beam, privacy-based Cryptocurrency to explore the implementation of Mimble Wimble technology to Litecoin.

Wang who is also a Litecoin core developer expresses his excitement for the implementation of Mimble wimble technology into the Litecoin network.

“Monero’s ring signature based CT has the issue that its UTXO (TXO to be exact) set is ever growing and thus causes scalability issue. MimbleWimble is effectively CT + CoinShuffle and thus doesn’t have this issue.”

“I think MimbleWimble technology is actually pretty cool. So when I first learned about it, it seems like a good way to get both privacy and scaling and privacy that doesn’t make scaling hard or much worse which is very cool. So I’m yeah happy to see where this technology goes.”

While the majority of the crypto community is holding  heated discussions on Bitcoin [BTC]’s huge consumption of energy on mining, Wang commented,

“People criticized that PoW consumes energy. But that energy was used for good, i.e., security.”

Staking is good for the users who already possess stakes is a given cryptocurrency in a network. It enables them to earn more rewards. Wang went on to criticize the PoS protocol, saying the rich would accumulate more wealth.

“.. if a group of people controls more than 51%, no one can break that control, while for PoW, you can invest more hash power to break the control.”

FuturoCoin FTO has Landed itself on the BitForex List

DogeCoin (DOGE) Price Analysis : DogeCoin Will Get Immortal This Year 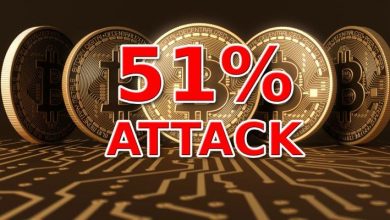 Litecoin Founder: Decentralized Crypto Is By Definition Vulnerable To 51% Attacks