The exponential growth rate with which the category of non-fungible tokens (NFTs) is growing has amazed industry experts. Take a look at the statistics – more than $20 billion of NFTs were traded last year, with $14 billion alone done on the platform of OpenSea. Buoyed by the success of OpenSea and the overall category in general, a new player in the segment, LooksRare, is trying to make it big by offering some exciting freebies to users.

The new marketplace is backed by two anonymous co-founders, a total of 9 engineers. The platform has got its native token called LOOKS, and to wean away users from the OpenSea, LOOKS is being offered free of cost OpenSea users who transacted more than 3 ETH on the platform between 16th June and 16th December 2021.

In the cryptocurrency industry, this particular style of attack is called a vampire attack. We have already witnessed the same tactics by Infinity, another NFTs marketplace that made its market debut in October last year. In addition to free tokens, there are a number of attractive propositions put forth by LooksRare for enticing users, including the low trading fee and promising annual returns.

However, it is important to note that within hours of its launch, the official website of LooksRare suffered distributed denial of service (DDoS) attack, taking the platform off the web. The backend team responded quickly, and within the hours, the website again became accessible though many users continued to complain about inaccessibility to their wallets.

As far as the entire domain of NFTs is concerned, it is expected to grow with the same zeal and enthusiasm the segment has shown in the last year. Numbers in terms of the trading volume on the leading OpenSea platform are very encouraging, with the total figure crossing the $2 billion mark in the first ten days of January this year.

However, the day wasn’t very inspiring for the NFT tokens, which are yet to witness positive signs of momentum in their favor. OMI token belonging to the Ecomi is the only one that has witnessed a meager growth in terms of its valuation in the day. All other leading NFT coins have registered a loss between 2% and 6% in the last 24 hours. The total capitalization of these tokens has also taken a hit and down by 4% in the same time frame. 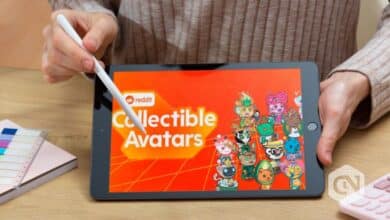 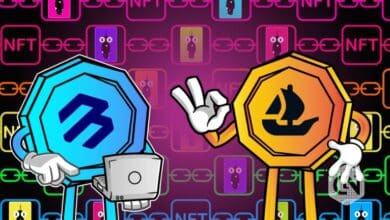 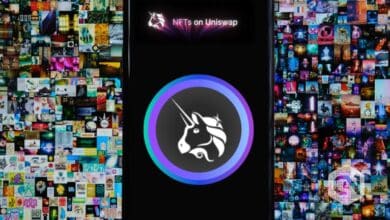