Unocoin, a major Indian cryptocurrency exchange confirmed the speculations that they would soon launch cryptocurrency ATMs. Even though there is no formal announcement by the company yet, the assumptions began when the crypto ATM’s image started doing its round on social media. According to the picture of ATM, it will be supporting five cryptocurrencies.

Unocoin is one of the largest cryptocurrency exchanges in India with more than a million customers, and they are planning on launching crypto ATMs in the country. It is surely a controversial time for India regarding cryptocurrency as new rules have forced one of the major crypto exchanges, Zebpay to shut down. However, the reports of new ATMs could be the initial push that the country is in need for in the present time.

It was due to a viral image circulation on social platforms since last Tuesday which led us to acquire confirmation from the company about their plans of launching new initiatives for cryptocurrency in the country that is going through a confused stance for bitcoin. 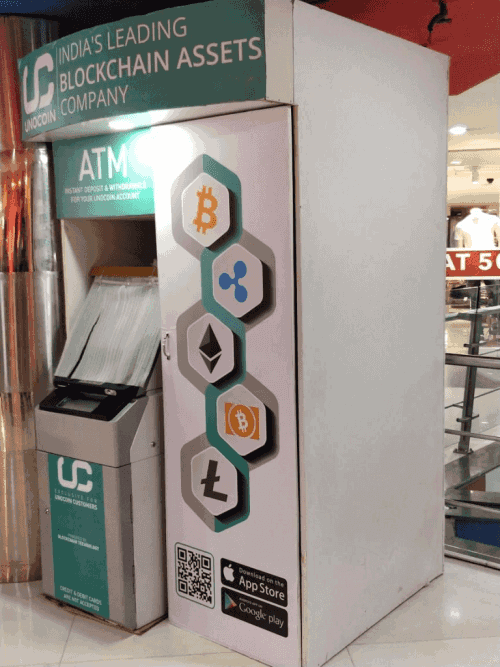 According to the reports from news.bitcoin.com, it was Sathvik Vishwanath, the CEO of Unocoin, who confirmed the news on Wednesday. He says, “It is true that we are launching our ATMs, but we have not made the news public yet. We may need about a week more before we get this operational. Someone has spotted a machine and is spreading the pic and speculation around.”

It is safe to say that the country is currently going through a hard time in terms of bitcoin verdict and has confused regulatory decisions when it comes to the cryptocurrency industry. Most of the bitcoin enthusiasts are not sure what the future stance of India will be when it comes to crypto and the RBI ban on banking.

But the addition of new crypto ATMs might be just the push that it needed to consider the effects of positive adaptation of crypto and restart the affiliation with other major enterprises interested in associating with the potentials of cryptocurrency.