Ripple is continuously growing its network in Southeast Asia. It is continually adding clients to its payment network RippleNet. The major cryptocurrency exchange of South Korea has lately announced to join the chain.

Coinone, the major digital currency exchange of the county has joined SBI-Ripple Asia for their cross-border payment solution. The exchange has joined the RippleNet and has planned to implement its xCurrent solution.

At present, eight countries from Asia alone has joined the cross-border payment project, including Japan, the place of origin of SBI, China, South Korea, Thailand, and the Philippines. As per the developers of the platform, the platform allows its user to transfer remittances faster and at low rates.

SBI-Ripple Asia claimed that they could settle a transaction within 3 to 48 hours and charges 1% fees. Coinone is the first cryptocurrency exchange of the nation to join the Ripple network. The CEO of Coinone, Shin Won-hee, has said their partnership with SBI Ripple Asia will help them to launch a series of financial services using the blockchain.

As per the statistics released by the World Bank, there has been a continuous upsurge in the outward cross border transaction in South Korea in the last ten years. The solution designed by Ripple for Coinone will help them to serve their retail customers.

The president and first in command of SBI, Japan Yoshitaka Kitao is selected as a board associate of Ripple. Both SBI and Ripple has an extensive relationship with each other and is committed to providing a payment platform for the entire continent. SBI Ripple Asia is a cooperative project of the two.

Everyday day Coinone handles transfer worth $80 million if they can make transfers on time and low cost then their chances to get more customers stands strong.

Six months back the exchange had mistakenly handed out Bitcoin and Ethereum worth $5.3 million through an airdrop. Just after that the rival exchange CoinZest had launched their incubator project on blockchain.  CoinZest has already selected six blockchain projects whom they will be promoting through IEO.

At the start of the present year, five different banks from four countries were brought on RippleNet. This includes IndusInd Bank of India and Itaú Unibanco bank of Brazil.

Ethereum Price Analysis: Ethereum (ETH) May Soon Pick Up The Pace To Cross $290 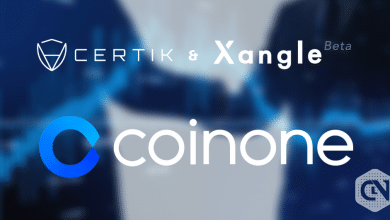