The world was already fighting a growing economic slowdown, and Coronavirus pandemic has worsened the matters even further. With almost a third of the world under lockdown, economies have come down crashing, and revival, even for giants like the US, has become extremely difficult.

To tackle this compounding issue, the US Government announced a PPP. However, there has been almost no apparent improvement, which had made several people question the plan. One of them is Shark Tank investor Mark Cuban, who stated that PPP, though a great plan, didn’t work as it is quite difficult to execute. In a Twitter thread posted yesterday night, Cuban stated that no amount of loans to business could save them if the customers don’t purchase.

It's time to face the fact that PPP didn't work. Great plan, difficult execution. No one's fault. The only thing that will save businesses is consumer demand. No amount of loans to businesses will save them or jobs if their customers aren't buying.

In subsequent tweets, Mark Cuban suggested a unique alternate to stimulate the economy that sounds more practical than most other suggestions out in the wild. He suggested that it would be better to give $1,000 checks to consumer households every two weeks, with an expiry date of 10 days. This means that the consumers will be forced to spend the amount rather than saving it, and this will boost the economy in a much better way. He further said,

Actually, after reading your entire thread, your proposal makes 1000 times more sense than letting the Fed place more slop in the feeding troughs of the banks, Wall Street and fat cats. https://t.co/xdbX0Zt12E

Wangiri Fraud Can be Controlled Through Blockchain Technology 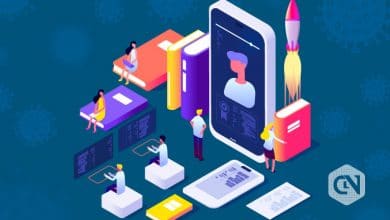 Coronavirus and Its Impact on the Education Sector